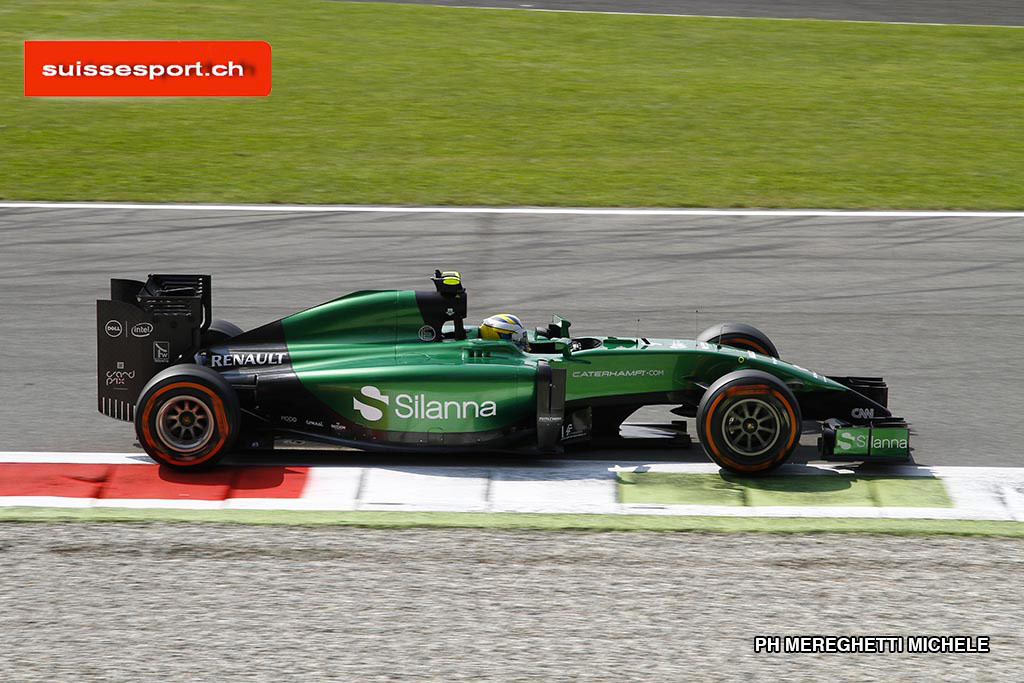 Kamui Kobayashi, car #10, chassis CT05-#02: “I’m happy with my race. We finished in front of Marussia, which is a good result for us. The new updates that were introduced in Spa are working well and we are definitely improving. Monza is quite a unique track, so let’s see how we get on at other circuits, but I am happy with our result – the team has worked very hard and done a great job, it’s been a very smooth weekend.”

Marcus Ericsson, car #9, chassis CT05-#04: “Starting from the pit-lane because of yesterday’s penalty wasn’t ideal, but in the end I think it was a decent race. I didn’t do any mistakes and I was very consistent on the lap times. Unfortunately the pace isn’t there to finish higher up, but I feel that I did everything I could today. Now we just need to carry on working as hard as always and prepare for the flyaway races.”

Cedrik Staudohar, Renault Sport F1 track support leader: “Today was a good race for us, with both cars getting to the end and a big fight between Kamui and Bianchi. In the end we were clearly ahead, which shows the progress we’ve made over the last couple of events. On the engine side we had to manage temperatures at the beginning of the race but everything stayed manageable and under control. We hope to be able to bring improved engine performance to capitalize on this race with an even better result in Singapore.”

Caterham F1 Team statement
Christian Albers has resigned from his position as CEO for Caterham F1 Team. Manfredi Ravetto is taking over his current duties with immediate effect.

Christijan Albers, Team Principal: “Over the past months I have dedicated all my energy to ensure the takeover of the team would go as smoothly as possible and to achieve the best possible result for our investors, sponsors and all the people involved with Caterham F1 Team. As such I worked tirelessly to reconstruct the team while, at the same time, making technical updates on the car. In doing this we created both a better foundation for the team’s future and achieved significant improvements on the speed of the car.

“Due to private reasons and in order to be able to spend more time with my family, I will resign from my position as CEO of Caterham F1 Team. I wish the team all the best in the future‎.”

Manfredi Ravetto: “Christijan has been an asset to the team since the moment he joined. It’s been a challenging last few months, but we have moved forward together and we want to thank him for his hard work and commitment to the team. We wish him the best for the future.”