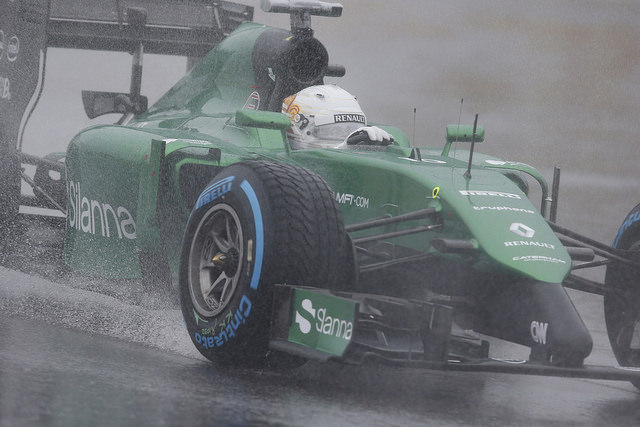 Marcus Ericsson, car #9, chassis CT05-#04: “It was a crazy one! Today’s weather made it a difficult race – the track was undriveable at the beginning behind the Safety Car, that’s why they red-flagged it. Unfortunately, I had a spin and I lost all my advantage from yesterday because of it, which was a big disappointment. But after that I think I drove a fantastic race, our pace was very strong and I just had to redo the job I did yesterday and overtake all the guys again, and that’s what I did. I overtook them one by one and we even had the pace to fight with the rivals ahead of us, so we should be really pleased with the speed and the pace we had today. Result wise, we should not be pleased because we want to be higher up and with the speed we had we could’ve achieved this today, but it’s definitely a step forward and something to build on in the upcoming races. Overall, we can be very happy! I hope Jules wasn’t badly injured in his accident, all thoughts are with him.”

Kamui Kobayashi, car #10, chassis CT05-#02: “First of all I’d like to say that I hope Jules is okay and that his crash wasn’t too bad. Today’s race was a difficult one for me; overall I think I didn’t have enough pace. Unfortunately my home Grand Prix didn’t really work out as I would’ve liked it to, but today was okay and it was amazing to see all the fans in the grandstands even though it hasn’t stopped raining all day – they are just incredible and they gave me a big boost and I want to thank every one of them! The crazy weather made it a bit hard, but we managed to fight. Marcus also did a very good job. The team can be pleased with our overall performance, we are improving.”

Cedrik Staudohar, Renault Sport F1 track support leader: “We really didn’t know what to expect coming into today. The main issue was finding the right fuel load before the start of the race, but calculations were near-on impossible considering we had very wide-ranging weather forecasts and possibilities of safety cars and a shortened race distance. This aside, every component of the Power Unit worked pretty well and we extracted maximum performance given the conditions. We were not as high up as we would have liked but we hope to build on this next time out in Russia. More importantly, all our thoughts go to Jules Bianchi right now.”