41 Cars for the Season Finale in Portugal 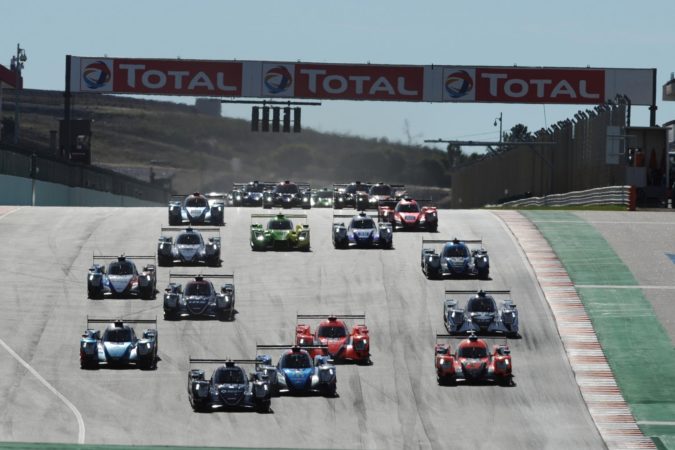 The sixth and final round of the 2021 European Le Mans Series will be the 4 Hours of Portimão, with the ‘roller coaster’ 4.6km track at the Autodromo Internacional do Algrave hosting the season finale on Sunday 24 October.

While the LMP2 Team and Driver titles were wrapped up at Spa-Francorchamps last month by Orlen Team WRT, there are still six titles to be decided in Portugal – LMP2 Pro/Am, LMP3 and LMGTE.

The grid will consist of 41 cars run by 28 different teams, with 120 drivers taking part and representing a total of 31 different nations from all four corners of the world. Portugal is represented by one team, Algarve Pro Racing, and one driver, Rui Andrade, who is currently leading the LMP2 Pro/Am title race with American teammate John Falb.
LMP2: Who will take the LMP2 Pro/ Am crown?

14 cars on the LMP2 grid, 5 entries in the Pro/Am category
After winning their home race at Spa last month, Orlen Team WRT have an unassailable 36-point lead, with Robert Kubica, Louis Deletraz and Yifei Ye also securing the 2021 drivers title in Belgium by the same margin.
The battle for the vice champions position, and the automatic invitation to the 2022 24 Hours of Le Mans is a four-way battle between the no26 G-Drive Racing (64 pts), no65 Panis Racing (62.5), no22 United Autosports (61) and no30 Duqueine Team (52)
The no25 G-Drive Racing still leads the Pro/Am category after finishing second behind the no37 Cool Racing Oreca in Belgium, with 104 points to 80 points. Gustavo Menezes will join John Falb and Rui Andrade to help them secure the inaugural Pro/Am titles, while Charles Milesi will make his second appearance in the no37 Oreca alongside Alexandre Coigny and Nico Lapierre

LMP3: 17 cars on the Grid in Portugal

17 cars on the LMP3 grid for the 4 Hours of Portimão, with a new team, Sainteloc Junior Team, joining the ELMS for the final race of the season.
The title will be decided between the no19 Cool Racing Ligier and the no4 DKR Engineering Duqueine.
Three wins in a row for reigning MLMC LMP3 champion Laurents Hörr, the last two with 17-year-old Mathieu De Barbuat, has put the German on 93 points, just 5 points behind leaders Matt Bell, Nicolas Maulini and Niklas Kruetten (98 points).
Four of the five pole positions have also been secured by Laurents Hörr, the other by the no3 United Autosports Ligier in the opening round at Barcelona.

10 cars on the LMGTE grid for the 4 Hours of Portimão.
Seven Ferraris, two Porsche and one Aston Martin
The no80 Iron Lynx Ferrari of Miguel Molina, Rino Mastronardi and Matteo Cressoni are leading by 20 points after securing podium finishes, including two wins, in each of the five races.
The no88 AF Corse Ferrari of Francois Perrodo, Alessio Rovera and Emmanuel Collard are on 81 points in the Vice Champions position, with the no55 Spirit of Race Ferrari of Matt Griffin, David Perel and Duncan Cameron on 77 points in third spot.
There are two automatic invitations to the 2022 24 Hours of Le Mans on offer for the top two teams at the end of the 4 Hours of Portimão.

The 4 Hours of Portimão will take place between the 22-24 October 2021 and is Round 6 of the 2021 European Le Mans Series. It will be the second event of the season that will welcome fans to witness some great endurance racing action in person.