A step forward in qualifying
“Find a way back into the top 10” – that was the aim of Swiss GP2 driver Simon Trummer following his bad
luck in the June races that took place in Monaco and Spielberg. He wanted to lay the foundation for this in the
qualifying sessions, which, thanks to a modified setup, has already worked well in Hockenheim, where he
achieved 10th place on the grid. Simon Trummer again proved that he is apt at coming through the field during
the race and demonstrated his potential once more by moving up to 6th place in the main race.
Race strategy: a determining success factor
During Sunday’s sprint races, the Rapax team took a gamble with tyre choice in unpredictable conditions
and achieved a great starting position with 3rd on the grid. But in the GP2 series, tyre strategy is a crucial
factor for success even in dry conditions. After a brilliant qualifying, Simon Trummer was the only one in
Budapest unlucky enough to be denied a stint on the soft tyre compound at the end of the main race as a
result of a long safety car period. Conversely, drivers towards the back of the field opted to start the race
on the soft tyres and effectively finished the race towards the front of the field. These developments will be
analysed over the course of the GP2 series together with tyre manufacturer Pirelli. On the one hand, the
Formula 1 drivers are prepared for the different tyre compounds, which is in itself extremely informative.
On the other hand, the race duration in GP2 is considerably shorter than in the top tier and, as such,
incidents at the beginning or end of the race have a significant impact on the final standings. In the GP2
series, a pit stop and the use of two different tyre compounds is compulsory for the main race, whereas
these restrictions do not apply for the sprint races on Sundays.
Further opportunities in Spa and Monza
Simon Trummer can take some positives from the July races: the race setup on the Rapax car is very
good and both team and driver have taken a step forward in qualifying. The next opportunity for Simon
Trummer to finish in the top positions will be from 22-24 August in Spa-Francorchamps and the first
weekend in September in Monza. Currently the only Swiss driver in GP2, he lists these high-speed
circuits as two of his preferred racetracks. 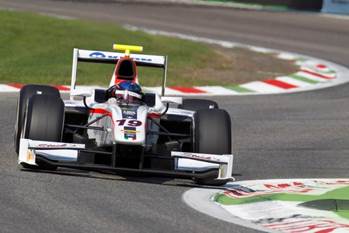 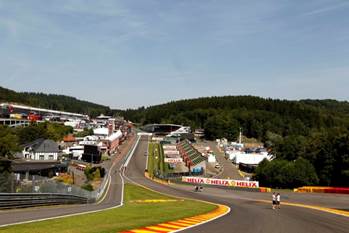 Pictures: They are two of Simon Trummer’s absolute favourite circuits – the GP tracks in Spa-Francorchamps and Monza (© gp2series.com)