Action to get underway at Hockenheim: ten teams in first official pre-season test 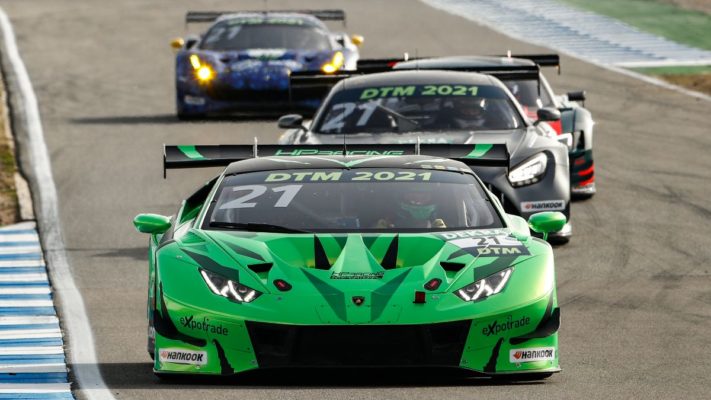 Munich/Hockenheim (02 April 2021). Countdown for the 2021 DTM: on 7 and 8 April, ten teams will be racking up mileage at the Hockenheimring during the first official test session. For the 35th season of the traditional race series, many things are different: Ferrari will be represented in DTM for the first time, the powerful GT3 race cars mark the start of another chapter in the long DTM history and with Sophia Flörsch, a fast lady is following in the footsteps of Ellen Lohr, the only female DTM race winner to date. Moreover, the field of drivers in DTM hasn’t been more varied and more international for a long time. Alex Albon, Timo Glock and Christian Klien are bringing in Formula 1 experience, Mike Rockenfeller has won Le Mans and DTM, with Kelvin and Sheldon van der Linde, a young brother pair is battling with two different race cars and Indian Arjun Maini is adding the 30th country of drivers to the DTM’s history. And then, there is Nico Müller, who has returned to Team Rosberg and still has unfinished business as last year’s runner-up.

At Hockenheim, AF Corse’s Red Bull team will have its first encounter with the DTM competition with a pair of 488 GT3s for Alex Albon (THA) and Liam Lawson (NZL). Lawson, only 19 years old, is coming to Hockenheim boosted by his maiden win in his first-ever Formula 2 race at Bahrain. Both Red Bull drivers are embarking on their first full season in anything else than a single-seater.

Team principals and drivers: anticipation for the first action of the 2021 DTM

“The first test is always cool. I can hardly await the first kilometres with the BMW M6 GT3,” five-time DTM race winner Timo Glock (GER, ROWE Racing) says. Lucas Auer (AUT, Winward Racing) also has five DTM wins to his name. By returning from BMW to the Mercedes ranks, he stirred up the driver market. “Making good use of every lap, doing our homework,” is Auer’s answer when asked about his duties with the Mercedes-AMG GT3. “The first test at Hockenheim is a long-standing DTM tradition. However, with my new team and the Audi R8 LMS, many things are different,” ex-champion Mike Rockenfeller (GER, Abt Sportsline) underlines.

Because so many things are new, anticipation is huge, not only among the drivers but also for the team principals. “We can hardly wait until we can take on our future opponents for the first time,” ROWE Racing’s team principal Hans-Peter Naundorf says. His team is taking on the DTM as a new challenge but has a lot of GT3 experience. “Since the DTM finale at Hockenheim, time has gone by in a flash,” Rosberg team principal Kimmo Liimatainen points out. HRT team owner Hubert Haupt is also full of anticipation: “Exactly 30 years ago, I got my baptism of fire as a racing driver in DTM. After the series’ rebirth, I was on the grid again in 2001,” the man from Munich says. “Now, in 2021, a new era is starting and I have the honour of being a part of it with my own team.”

Motorsport is one of the few sports in which men and women compete against each other. Sophia Flörsch (GER) will be facing this challenge. The 20-year-old from Munich is the twelfth woman in DTM’s long history. “Being part of the DTM family is a great feeling,” she sparks with enthusiasm. At Hockenheim, she will be having the first rendezvous with her Audi R8 LMS run by ABT Sportsline and she is getting ready for “focussed working days”.

Even before testing gets underway next Wednesday, the DTM organisation ITR is still expecting further news concerning the 2021 DTM drivers’ field: “We are delighted with the quality we are having on the grid. In the 2021 DTM, we have undisputed top teams and the cars will be raced by excellent drivers. From rookies via F1 drivers to multiple DTM winners – a really strong field of drivers is on the cards,” says Frederic Elsner, director event & operations, ITR.

And not only the drivers’ field has a lot of variety: be it front or mid-engine, eight or ten cylinders, turbocharged or atmospheric engine: already now, DTM has plenty to offer. After the two-day test at Hockenheim, there are still ten weeks to go prior to the first of the season’s eight race weekends at Monza in Italy (18-20 June). Notwithstanding all the changes, also including Michelin as the new tyre supplier, the DTM remains loyal to its proven core, its DNA: one driver in each race car as well as a timed pit stop – the key to exciting racing, broadcast live on SAT.1 and in over 30 other countries.

At the 4.574 kilometres long Hockenheim Grand Prix circuit, traditionally also hosting the season finale on the first weekend of October, the first test sessions of the DTM and the junior race series DTM Trophy will run on both days from 9 am till 1 pm and from 2 pm till 6 pm. The second official DTM test will be held at DEKRA Lausitzring from 4-6 May.