An open battle at the end of DTM testing: Lawson misses out on Götz’s fastest time by a whisker 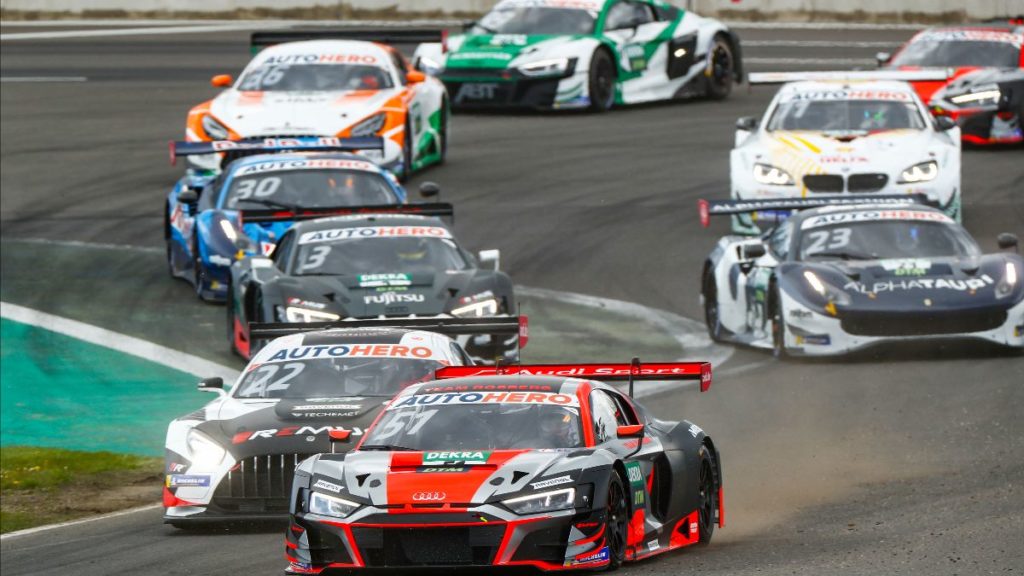 Munich/Schipkau (6 May 2021). DTM returnee ahead of a rookie: only 96 thousandths of a second separated Maximilian Götz and Liam Lawson at the end of the official three-day DTM test. The New Zealander, only 19 years old, extracted everything from his Red Bull Ferrari in the final minutes and eventually just missed out on the top position by a whisker. Thus, Maximilian Götz from Ochsenfurt ended up with the fastest time of the day for the third day in a row, achieved with the Mercedes-AMG GT3 of the Mercedes-AMG Team HRT. The eight fastest times across the three days were posted in the final session on Thursday afternoon. The total of almost 3,000 laps of the 4.570 kilometres long DEKRA Lausitzring underlined how intensely the ten of the currently twelve DTM teams were using the preparation for the start of the season at Monza in 44 days. The spectacular practice starts in particular gave a lively appetizer of the 2021 DTM.

The 17 professionals that were present – the only ones missing being Sheldon van der Linde (RSA), Christian Klien (AUT) and Esteban Muth (BEL) – used every single lap for set-up work on their DTM race cars, for long runs, pit stop practice, qualifying simulations and start practice. “The level in DTM is very high. You already notice how serious and meticulous the testing is,” said newcomer Kelvin van der Linde (RSA), who is driving an Audi R8 LMS run by ABT Sportsline.

“Of course, I am super happy, not just with the result, but also with the progress we have made. We have achieved everything we wanted to achieve in testing,” Maximilian Götz summed up. “Being on top three times is a cool feeling, obviously, but it doesn’t say anything at all. We will only find out where we really are during the season opener at Monza. It will definitely be exciting.” Together with partner AVL Racing, the DTM umbrella organisation ITR also used these test days to acquire valuable data for the balancing of the cars.

On the three days, 17 DTM drivers were on track with 15 cars. Between them, they racked up 2,915 laps or a distance of 13,321.55 kilometres. Maximilian Götz also came out on top in the ranking of the completed laps: he completed 236 laps of the 4.570 kilometres long Lausitz Grand Prix configuration and therefore had six and 18 laps more to his name than his fellow Mercedes-AMG drivers Arjun Maini (Team GetSpeed, 230 laps) – the Indian having posted the fastest time on Thursday morning – and Vincent Abril (Team HRT, MON/218).

Fastest of the final test day in the junior race series DTM Trophy was Swiss Lucas Mauron, who set a time of 1m54.156s with the Audi R8 LMS of the Heide Motorsport team in the morning. Only seven thousandths of a second slower was Belgian Nico Verdonck, who ended up fastest in the afternoon with a time of 1m54.163s in the Ring-Racing Toyota GR Supra GT. In total, it was Finn Matias Salonen who covered the longest distance across the three days with 206 laps, 30 more than Sophie Hofmann (GER, Heide-Motorsport, Audi). All drivers of the DTM Trophy together racked up 1,900 laps or a distance of 8,683 kilometres across the three days.
» From the paddock
Michelin: For the three DTM test days, tyre partner Michelin had brought a total of 550 slicks of the S8 variety, 60 tyres of the harder S9 compound as well as 140 rain tyres to Lausitzring.

T3 Motorsport: Only days after the announcement of their DTM involvement, 19-year-old Belgian Esteban Muth and Jens Feucht, team principal of T3 Motorsport, were present during the test days at Lausitzring. Both were closely watching the testing activities, but were unable to take part themselves as the Lamborghini Huracán GT3 has yet to be delivered.

Race control: Lutz Leif Linden, secretary general of the Automobilclub von Deutschland (AvD), announced the names of the leading officials in race control for the DTM season during the digital DTM Media Day on Wednesday. As a new partner of the DTM, the oldest German automobile club is supporting ITR in the sporting organisation of the DTM events. Nils Wittich is the new race director and will be assisted by Oliver Godowski and Christian Vormann as deputy race directors.

Accolade for Paravan: During the DTM test days, Sophia Flörsch’s ABT Audi and Timo Glock’s ROWE BMW were equipped with the ‘Space Drive’ system from Schaeffler Paravan. On Wednesday, the innovative ‘steer by wire’ technology from Paravan GmbH was awared the Rudolf Diesel Medal for the most sustainable innovative achievement.

BMW M2 Cup: The BMW M2 Cup will be making its on-track debut with the first test session at Lausitzring on Friday. The new one-make series will have its rounds exclusively on the DTM support package. The cars are centrally prepared and run.