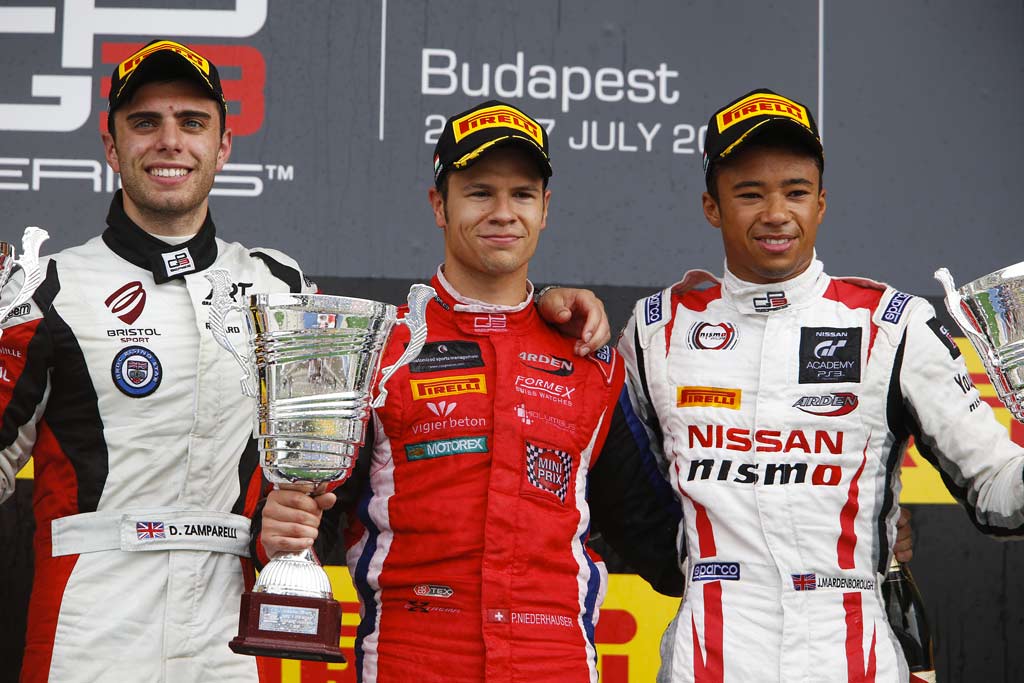 He’s back! The smile could not have been bigger for Swiss ace Patric Niederhauser who climbed to the top step of the podium today at the Hungaroring. The Arden International ace made a fantastic start to steal the lead and claimed his third win of his GP3 career, his first rostrum of the 2014 season. ART Grand Prix’s Dino Zamparelli was second, with Niederhauser’s teammate Jann Mardenborough third.

Zamparelli started from reverse pole but the Brit didn’t make the best getaway – Niederhauser in third made a lightning one to edge in front to sneak into the lead. Mardenborough from the front row also made a good start, with Zamparelli trying to claw back the lead going into Turn one. All three braked hard but it was Niederhauser who exited the turn in front with Zamparelli and Mardenborough duelling for second position.

Zamparelli fought back to move up to second on lap one with Niederhauser leading the Brit by just over half a second. Yellow flags were waved at turn 5 on lap three after Santiago Urrutia spun and his Koiranen GP machine had to be removed.

Series leader Alex Lynn held fourth which a charging Robert Visoiu hot on his tail. Lynn reduced the deficit to Mardenborough in third with a thrilling three-way battle developing which became the main focus of the race. Niederhauser started to pull away, increasing his lead to just over two seconds with his teammate falling ever closer into the clutches of the Carlin and Red Bull Junior driver.

The battle for P6 was also on: yesterday’s race winner Richie Stanaway (Status Grand Prix) had moved up two places and saw off the advances of Dean Stoneman (Marussia Manor Racing) and Carlin’s Emil Bernstorff during the midway point of the race.

With three laps remaining, Lynn mounted his attack on Mardenborough, he attempted an overtake going into turn one but backed off and waited to see if he could seize the opportunity elsewhere on the lap.

Bernstorff had been hounding Stoneman in the final laps and passed him before the chequered flag to snatch seventh. The joy and relief was clear for all to see when Niederhauser crossed the line to celebrate his best result of the campaign ahead of Zamparelli. Mardenborough held on under huge pressure from Lynn for the final spot on the podium, with Visoiu, Stanaway, Bernstorff and Stoneman collecting the final points on offer.

Lynn remains on top in the Drivers’ Standings going into the summer break. The Carlin star has 134 points compared to Stanaway, Eriksson, Bernstorff and Kirchhöfer who are on 103, 85, 85 and 80 respectively. 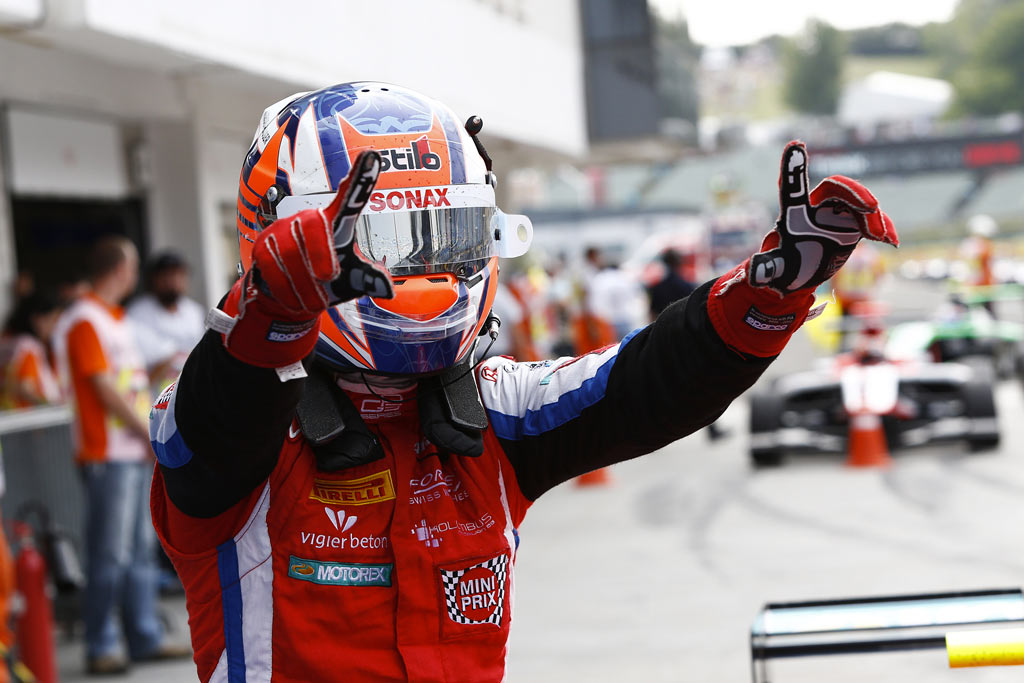 GP3 will return to action at the legendary Spa-Francorchamps on the 22-24 August 2014.