AUDI RACERS END UP 1-2-3 AT SACHSENRING 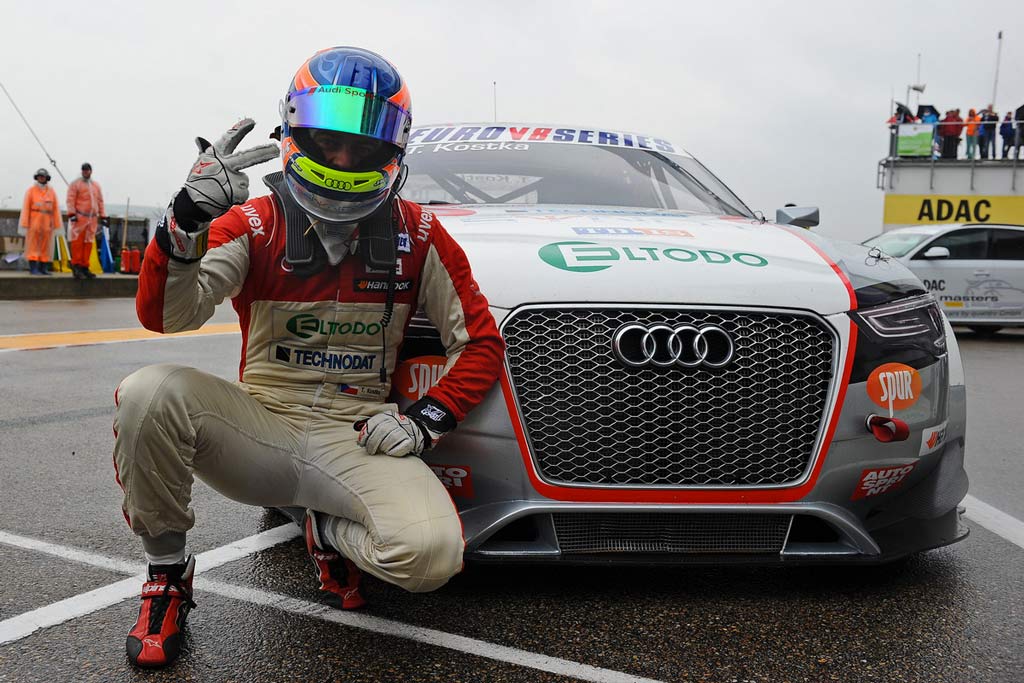 In a spectacular display, the Audi Sport Italia team cruised to dominate the EUROV8SERIES podium at Sachsenring, in the penultimate round of the 2014 season. The series lined-up in the prestigious frame of the ADAC GT Masters sporting a new race format which features a single race and is in effect for the closing stint of the year.

Under pouring rain, which forced the stewards to opt for start behind the safety-car, Tomas Kostka scored maximum points. The Czech, driving an Audi RS5, held first place from start to finish, confirming the great potential showed in free practice, qualifying and in the brand-new Sunday morning warm-up. It’s also been a perfect day for Emanuele Zonzini, who scored second place driving the sister Audi RS5 and also cruised to the Under 25 honurs. The third place on the podium went to Ermanno Dionisio. The Italian accomplished an awesome comeback after starting from seventh. Lap after lap, the third works Audi man challenged the drivers he had in front until he caught up with his team-mates.

Francesco Sini drove a smart race as he tried to keep his Chevrolet Camaro in third until the closing stages before settling for four in front of new team-mate Giovanni Berton, driving the Lumina model. Former championship leader Nicola Baldan (Mercedes C63 AMG Coupé) ended up in seventh, having to surrender the point to Kostka by 2 lengths. Max Mugelli also did a great job on a Team BMW Prepared M3 racecar, as he crossed the line in front of Baldan. With only one race to go, there is still plenty on the table in terms of excitement.