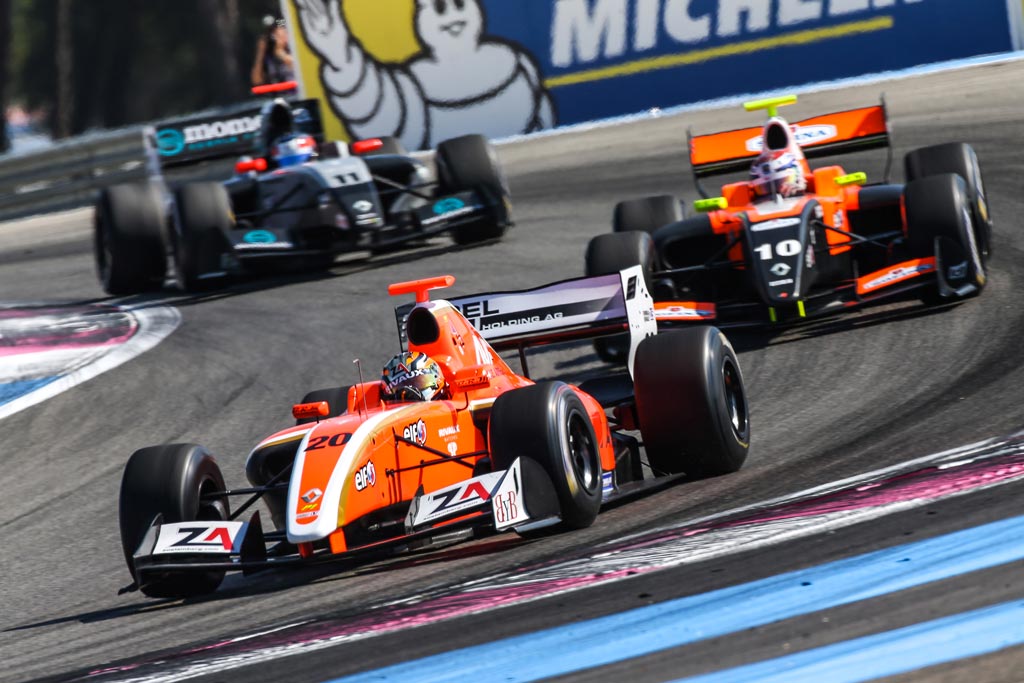 AV Formula has up-and-down Race 1 at Circuit Paul Ricard
t was an up-and-down day for the AVF by Adrián Vallés team at Circuit Paul Ricard in the first race of the World Series Renault 3.5 weekend. After the alternating results of yesterday’s two practice sessions, Swissman Zoël Amberg and Dutch female racer Beitske Visser went on-track once again in spectacular weather at the French venue.

After scoring the 6th place in qualifying, when he showed speed and consistency, Amberg suffered from a lack of top-end speed of his racecar. Also, while fighting for the top-10, he was pushed off track by one of his opponents, having to settle for the 11th place.

In qualifying, Visser kept climbing her learning curve on a track she only had the chance to sample once with a Renault 2.0 car. After starting in 19th, she got four spots back and also delivered a good display with a spectacular move on Will Buller.

Teams and drivers will now be back on-track for qualifying 2 at 9:00 AM tomorrow. Race 2 will be starting four hours later at 13:00 PM.

“After a good performance in qualifying, we suffered from some set-up issues. Right from the start we were lacking speed because the bottom of the car kept hitting the ground, slowing us down. I tried to do my best not to lose positions but the pace wasn’t there. I was trying to hold Nato behind for the top-10 but then he just drilled me in the last corner and I finished the race in 11th”.

“It was an entertaining race. I got away well at the start considered that I got a little too much wheelspin. Then I pushed really hard and managed to complete a nice pass on Will Buller. In the end, I also got by Latifi to take the 15th position despite the rear tire wear from pushing so hard at the beginning. For qualifying 2 and race 2 there is a lot of margin for an improvement as I still have to figure out something on this track, so I hope we will get it done tomorrow”.