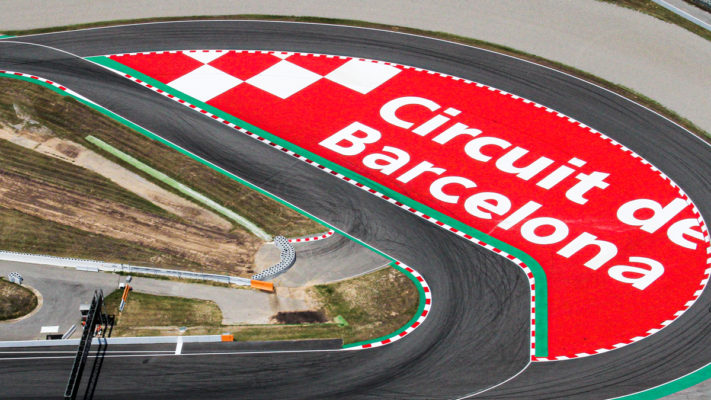 1. If Michael Ruben Rinaldi wins two more races, he will become the first Italian to win more than two races in a season since Marco Melandri in 2014, when he took six victories.

3. The last time a Spanish Honda rider won in WorldSBK was in 2008, with Carlos Checa at Miller Motorsports Park in Race 1 and 2. After Alvaro Bautista’s podium during the Prosecco DOC Aragon Round and with his recent form in MotoGP™ at Catalunya, he hopes to update that statistic.

4. Ducati has now started 349 races from the front row: in Barcelona, they can become the first manufacturer to reach the milestone of 350. The last time they had a 1-2 on the grid at a Spanish circuit was in 2007 in Valencia, with Troy Bayliss on pole ahead of Ruben Xaus. In the all-time rankings, Kawasaki is the first rival at 203.

5. Tom Sykes at the moment counts 311 race starts. With two more he will equal Noriyuki Haga at the second all-time spot. All-time leader is Troy Corser at 377.

6. After equalling Lucio Pedercini in the Teruel round, Chaz Davies is set to become the rider with most starts for Ducati: his next one will be his 177th.

7. In the Teruel weekend, Jonathan Rea led only three laps: it’s his lowest amount since the Aragon Round last year, when he was three times second at the flag and never led a lap.

8. With four wins, Scott Redding is moving up the standings for wins as a rookie: at the moment he counts the same number of wins of Marco Melandri (2011). His next targets are Davide Tardozzi and John Kocinski, who scored five wins in their first seasons, in 1988 (first year of the Championship) and 1996.

9. The Superpole Race has become a one-leader affair. Currently we are on a streak of seven races in which there was only one lap leader from the first to the tenth lap. The string started in San Juan last year: Rea was the sole leader until Aragon, followed by Scott Redding in Teruel.

10. Barcelona is the sixth Spanish track featuring in the WorldSBK championship.