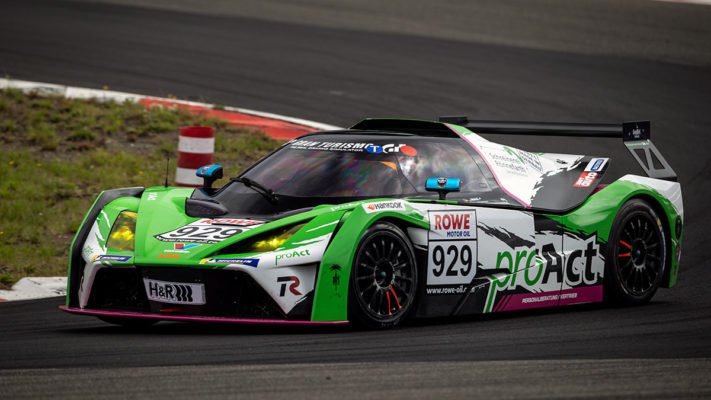 A KTM X-Bow, a participation for charity and a two-time DTM champion as a patron: with Teichmann Racing, driver Kevin Strohschänk (GER) and the One World Charity, the DTM Trophy is welcoming high-profile new entrants. The new GT series will stage six joint race events and twelve races together with the DTM and therefore provides an ideal platform for the project for which Timo Scheider, the 2008 and 2009 DTM champion, has accepted the patronage. The aim of One World Charity e.V is to support newborns and babies who were born with the genetic disorder spinal muscular atrophy type 1. The “sponsored drive” feature enables fans to make a donation for each lap completed during every race.

Teichmann Racing is another new team to submit its entry for the DTM Trophy. Moreover, the participation of the KTM X-Bow adds even more variety to the field of GT race cars.
» Quotes
“As a new race series, we are delighted to welcome Teichmann Racing. We are pleased that One World Charity and Teichmann Racing have chosen our platform for this exciting project. The arrival of the KTM X-Bow is another brand we can add to our field that already has plenty of variety anyway. The participation of Teichmann Racing and Kevin Strohschänk is making an already strong field of competitors for the DTM Trophy’s inaugural season even stronger.”
Frederic Elsner, Director Business Unit Event ITR GmbH
“The DTM Trophy is a new series on the DTM platform that promises huge attention. One World Charity will be using this to support disadvantaged children and babies. We have been in contact for a long time already, we have exchanged our views and I am trying to make my contribution by becoming a patron. I hope that many people will appreciate this project and are willing to make a donation and thus provide their support. I am massively looking forward to it and I hope we can raise a lot of money for this good cause. For me, this matter is close to my heart.”
Timo Scheider, One World Charity Patron