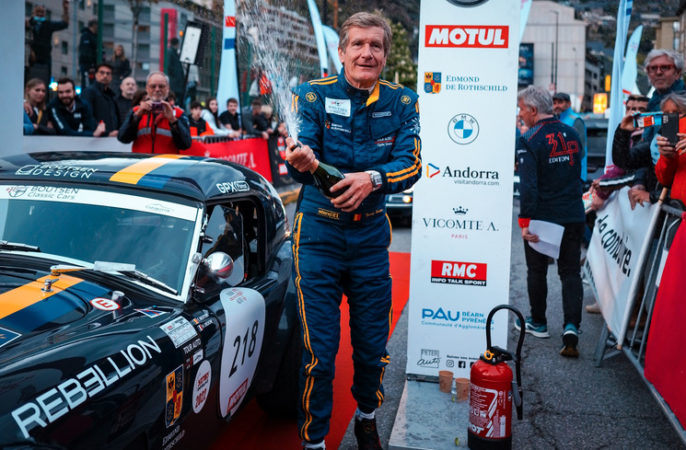 Who said the French were anti-car? Not us! During the 31st edition of the Tour Auto spectators once again proved that they love beautiful cars. Smiling faces and encouragements were the key-words during these five days spent driving through sublime landscapes between bucolic roads, mountains and vineyards. Spectators flocked to the side of our beautiful French roads, to the public zones, the special stages on closed roads and to the grandstands at the circuits as they came to admire the collector cars and support drivers and co-drivers. The final day was paced by three timed special stages on closed roads, the last of which took place in Andorra. Now it’s already the moment to reveal the names of the winners of the regularity and competition sections. This year, Belgium has come out on top! Only cars entered for the VHC (Historic Competition Cars) category can claim the title of overall winner of the Tour Auto.

Once again the 31st edition kept all its promises with 232 cars at the start and non-stop spectacle throughout all the legs. At the finish in Andorra some cars were in the same state as at the start while others still bore the traces of their difficult passages through the special stages. A few competitors had to retire from the race because of engine failures or various mechanical problems that could not be repaired.

PODIUM IN THE REGULARITE CATEGORY

Over five days, the crews entered for the regularity category had to respect the times in 12 timed stages on closed roads and circuits. Concentration was absolutely crucial to achieve the pre-set averages depending on the category of speed chosen at the start: fast, average, intermediate and slow.
See the classification below:

A neck-and-neck battle raged throughout the week between the first three crews as much in the special stages where Raphaël Favaro was in his element behind the wheel of his Lotus Elan 26R as on the circuits where Thierry Boutsen, a circuit regular, gave free rein to his lightning speed!
See the classification below: