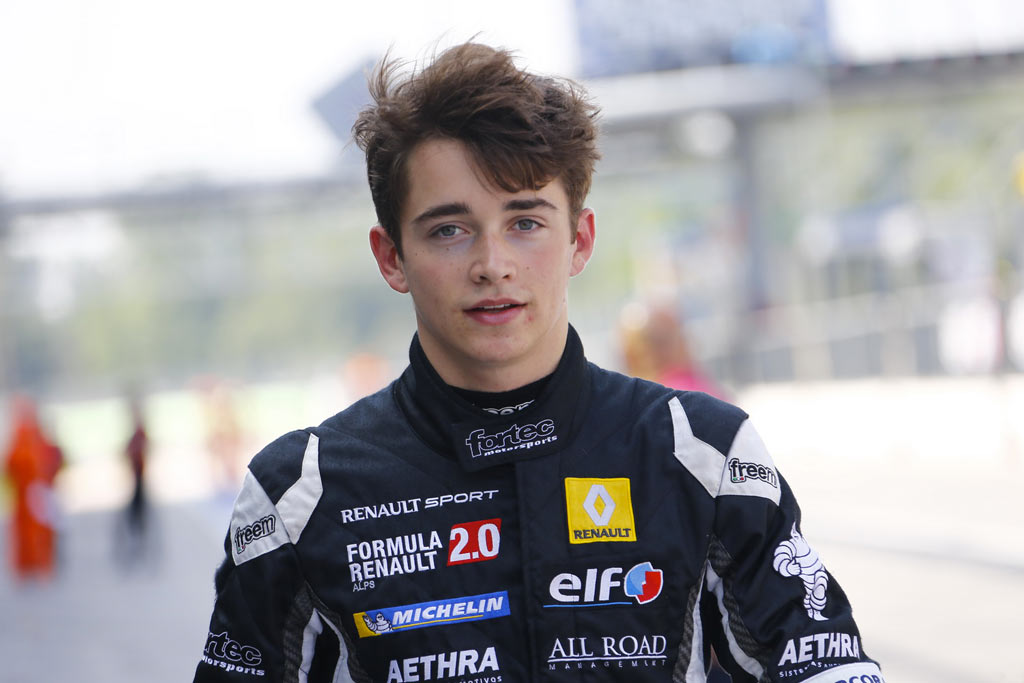 After the long Summer break Formula Renault 2.0 ALPS was back on track in Mugello on the 26/27 August for a two-day testing session managed by Marzi Sport. Plenty of teams and drivers joined the session on the up and down hill Italian track. Best time was set by the young driver of Fortec Motorsports Charles Leclerc (1’43.402). After the two wins in Monza the Monaco driver is once more the man to beat thus in the Fast Lane Promotion Series that will be heading to Mugello for its sixth venue on the 6/7 September weekend.
“I’ve never lapped in Mugello – declared Charles Leclerc – At the end of this two-day session I can say that is one of my favorite tracks. We worked very well with the team and we improved lap after lap. We need to be focused on our goal: win as we did in Monza. It won’t be easy as we will face extremely fast drivers that already raced on this circuit.”
Under the spotlights also George Russell (Koiranen GP) and the Russian JD Motorsport Matevos Isaakyan, who lapped close to Leclerc. Nice driving from the Croatian Martin Kodric that, still on one of the Fortec Motorsports cars, proved to be among the fastest.
Thumb up also for the Brazilian Pietro Fittipaldi (MGR Motorsport) who scored fifth in Monza Race 2.
Quickest in the first day were the Italians Alessio Rovera (Cram Motorsport) and Dario Capitanio (BVM Racing), respectively third and fourth overall.
Looking forward to the upcoming round in Mugello there were also GSK Grand Prix, Jenzer Motorsport, Prema Powerteam, Tech 1 Racing and TS Corse.
il 30 Agosto 2014   /   Pista