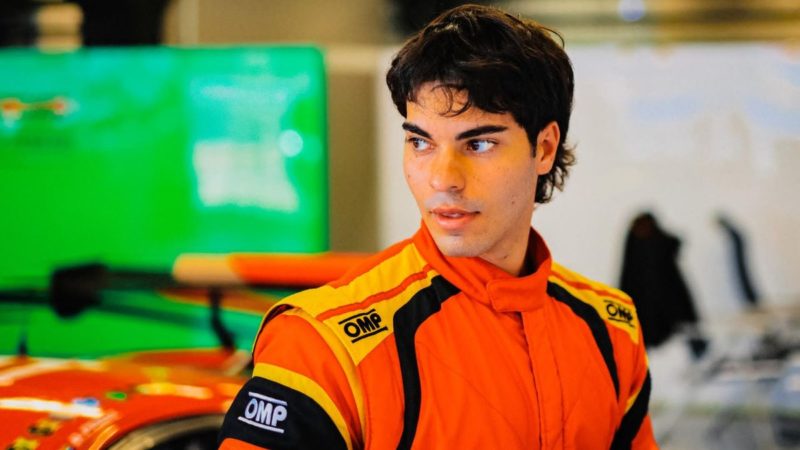 A Belgian team and an American driver with Greek roots: the DTM Trophy is getting international growth. The Selleslagh Racing Team, SRT for short, from Berlare, in between the cities of Antwerp and Ghent, is joining the junior race series, the young talent pool on the DTM platform with a Mercedes-AMG. The driver of the production-based GT sports car will be 22-year-old American Alexandre Papadopulos. Running of a second Mercedes-AMG is planned.

“When you want to develop as a driver, you simply have to go to Europe,” says Alex Papadopulos, who comes from Houston, Texas. “For me, it is important to be able to drive a car for myself without having to make any compromises. Therefore, DTM Trophy is the logical option. I have been following DTM for a long time. Being able to get started at this platform as a driver in DTM Trophy is really cool.” Papadopulos, who plans to be living in Greece during the season, the country where his father is from, adds: “For me, all the circuits are new. Our goal is to test as much as possible prior to the start of the season. I am absolutely looking forward to this new challenge.” Having started in club racing, Papadopulos stepped up into the IMSA Michelin Pilot Challenge, the second-tier series of the North American IMSA sports car championship. In 2021, the Texan already competed in his first GT races with SRT in Europe.

The Selleslagh Racing Team was already founded at the end of the 1970s and initially was involved in club-level racing in Belgium. After a ten-year absence, SRT made its comeback to the Belcar series in 1996 and went on to win the title in the following year. With the new millennium, a successful era in GT racing started for the team with a pair of wins in the Zolder 24-hour race, another Belcar title and international races in the FIA GT1 European and World Championships. Many renowned drivers already raced for SRT, including ex-Formula 1 driver Mika Salo and ex-DTM drivers Jeroen Bleekemolen, Oliver Gavin and Marcel Fässler. Since 2018, SRT, with father Patrick and son Niels Selleslagh at the helm, has been running Mercedes-AMG.

“Basically, we are running our cars wherever our drivers want to race. After all, they are our clients. As for Alex Papadopulos, he wants to race in DTM Trophy as one doesn’t have to share a car with another driver in this series,” says Patrick Selleslagh. “For us as a team, the series is very attractive, too. For many years already, have had close contacts with Nico Verdonck, who also successfully raced in DTM Trophy in the past two years. As a result, I have been following the series as well. Our goal is to put a second car on the grid next to the Mercedes-AMG for Alex, as running two cars makes more sense in logistical and commercial terms.”

“The DTM Trophy is only entering its third season in 2022 and has quickly become established as a series in which top-notch talents are staging good racing. We are all the happier that our young talent pool on the DTM platform is getting more and more international attention,” Frederic Elsner, director event & operations of the DTM organisation ITR emphasises. “The Selleslagh Racing Team from Belgium is bringing in vast experience from GT racing and on top of that a young American talent with Greek roots and with a German race car. That really is an international and strong package.”

In 2022, the DTM Trophy consists of seven race weekends with two sprint races of 30 minutes, one on Saturday and one on Sunday. The DTM Trophy season gets underway at DEKRA Lausitzring Turn 1 from 20-22 May 2022.