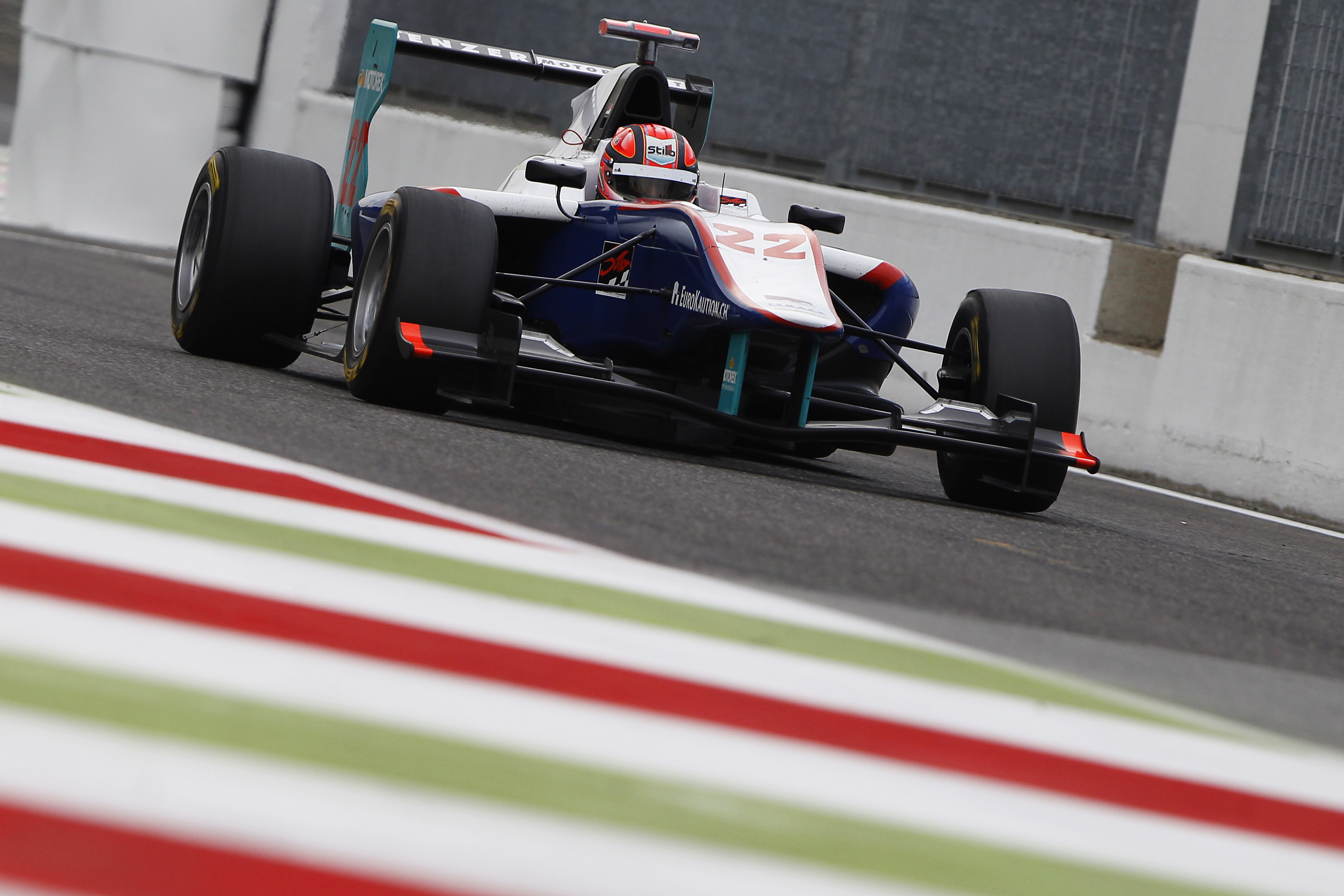 Kevin Ceccon clocked the quickest laptime in Free Practice in Monza with a laptime of 1:38.656. Marussia Manor Racing’s Patrick Kujala ended the session just 0.044s shy of the Italian with Ceccon’s teammate Mathéo Tuscher third fastest.
The forty-five minute practice session got underway following a light rain shower making the circuit tricky to contend with for the 27 drivers. There were two small changes to the line-up for Round 7 of the GP3 Series; Mitchell Gilbert returns to Trident in the #25 machine and Luca Ghiotto switches to the #23.
Marussia Manor Racing’s Dean Stoneman and Carlin’s Emil Bernstorff were first to head onto the track.
Jimmy Eriksson, Tuscher, Gilbert and Carmen Jorda all ventured out on wet Pirelli tyres with the rest of the field on slicks but the four pitted quickly with the track reported as dry after the first ten minutes.
Stoneman and his teammate Kujala traded P1 laps early on with the Finn the first to lap under the 1m40’s bracket. The top two in the Series of Carlin’s Alex Lynn and Status Grand Prix’s Richie Stanaway soon moved to the top of the timesheet, before Tuscher split the duo. The times continued to change with Arden International’s Patric Niederhauser going fastest but only for a matter of seconds until Kujala demoted the Swiss race winner.
Tuscher moved to the top of the standings before Red Bull Junior Team driver Lynn found some extra pace to reclaim P1 by a tenth of a second. Stanaway moved up to P2, 0.041s off his title rival, but Kujala lapped fastest of all with less than five minutes on the clock. Tuscher improved on his personal best to second and was on a quicker lap but made a mistake and had to take to the exit road.
As the chequered flag was waved Ceccon was on a flier and claimed the fastest lap of the session, ahead of Kujala, Tuscher, Robert Visoiu, Emil Bernstorff, Stoneman, Niederhauser, Pal Varhaug (making it three Jenzer Motorsport cars in the top eight), Riccardo Agostini and Stanaway.
Qualifying takes place at 09.45 am local time tomorrow morning, and with unpredictable weather and the fastest speed on the calendar, action is guaranteed!
Free Practice – Monza
il 5 Settembre 2014   /   GP3