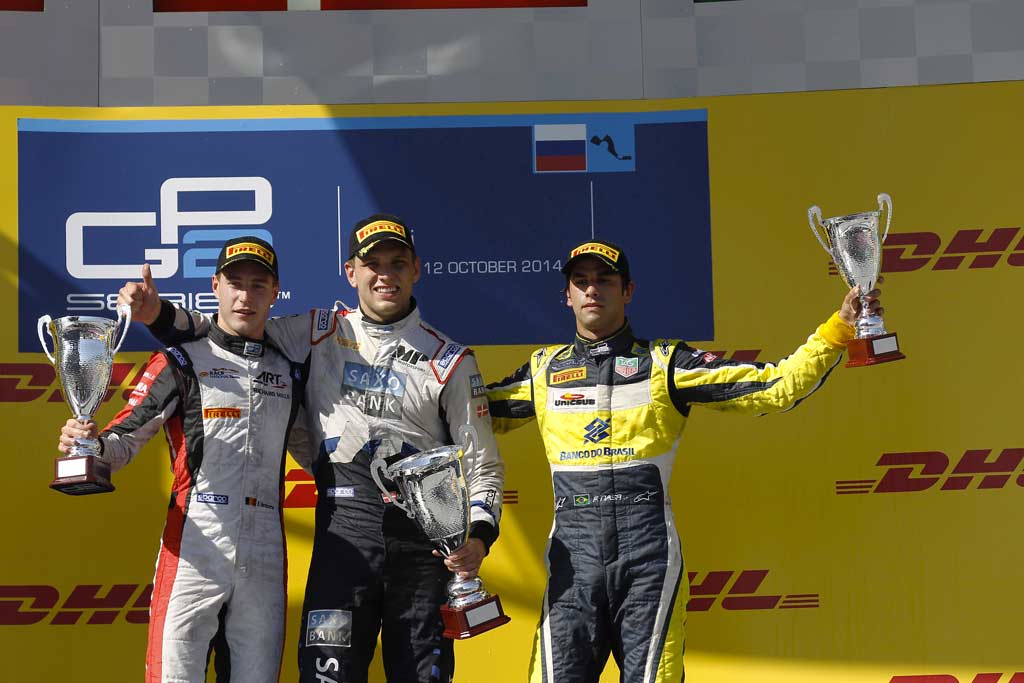 When the lights went out, Sorensen made a good start to keep the lead whilst Vandoorne stormed from fourth on the grid to run side-by-side with the Dane entering into turn 1. The Belgian out-braked himself and ran a bit too wide opening the door for Sergio Canamasas to move up to second place behind Sorensen. Further down the pack, newly crowned Champion Palmer was sandwiched between André Negrao and Raffaele Marciello. The manoeuvre ended in tears for the Brit who dropped to the back of the field.

At the front, Sorensen was busy trying to keep a comfortable enough gap to Canamasas who in turn had his mirrors full of Vandoorne. Whilst the top 3 remained status quo, behind the action was aplenty firstly with Marciello spinning from sixth place in the last corner and dropping out of the points. Arthur Pic and Nathanaël Berthon kept themselves entertained, and Palmer was on a mission to recover from his first lap incident, slicing his way through the field.

Mitch Evans caught up with the race leaders, the four of them running within 1.7s. With nine laps to go, Canamasas stopped at Turn 13 with electrical gremlins. More drama came after Marciello who was in a hot battle with Artem Markelov and Stefano Coletti sustained a puncture and made contact with the barrier at Turn 7. The safety car was deployed in order to retrieve the damaged car, effectively bunching up the pack. The action resumed with two laps left. Sorensen and Vandoorne kept their positions, but Nasr who had been quick all race surged past Evans into turn 2 to take third and pulled away. Pic also found a way through André Negrao, Pierre Gasly in tow, but the rookie from Caterham was under huge pressure from the charging pair of Kimiya Sato and Stefano Coletti. The Frenchman went a bit too wide, letting pass the Japanese and the Monegasque drivers, and dropped out of what could have been his first GP2 points.

At the chequered flag, Sorensen sustained the pressure from Vandoorne to triumph for the first time in GP2 and offer their first win to his team. Nasr completed the podium with a good result following a heart-breaking Saturday. Evans finished fourth ahead of Pic, Negrao, Sato and Coletti (from P25 on the grid). 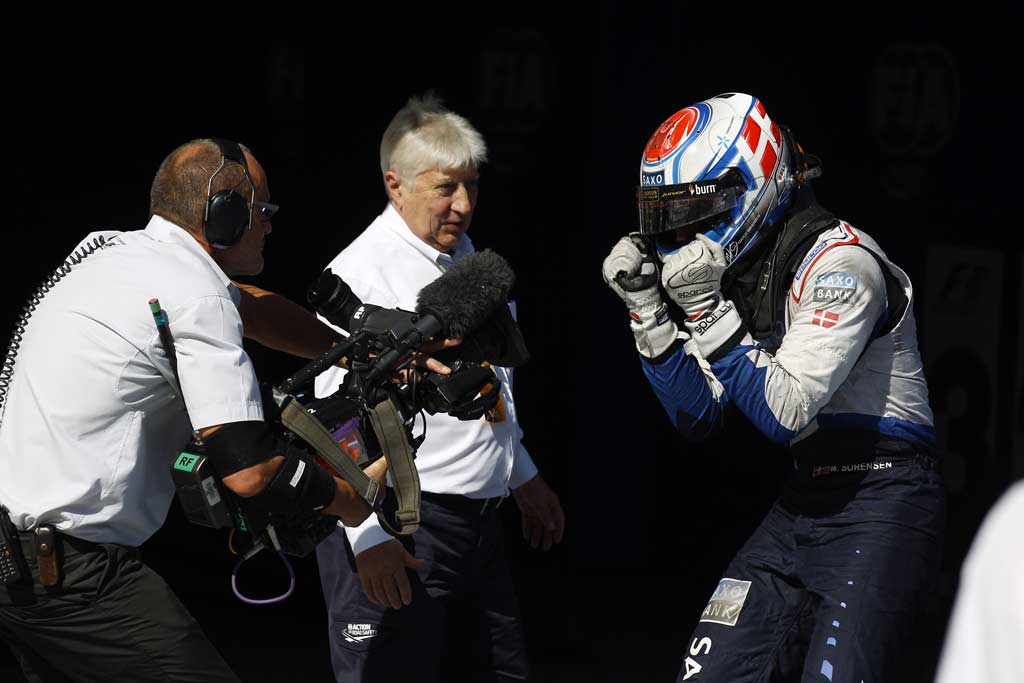