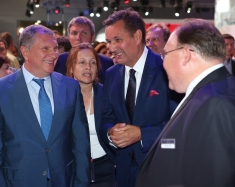 ANDERSSON: “I’M A GREAT SUPPORTER OF RACING”
During the LADA Vesta unveiling at the Moscow International Motor Show, LADA President Bo Andersson and ROSNEFT President Igor Sechin signed the agreement that links the petrol company to LADA Sport for the next three WTCC seasons.
This deal was the logical development of the strategic long-term partnership between AVTOVAZ and ROSNEFT that began in 2012.
ROSNEFT is a key AVTOVAZ supplier of high-quality lubricants, petrol and diesel fuels. It is also a partner in the development of new lubricant oils.
Bo Andersson, LADA President, commented: “I am a great supporter of our racing activities. Today AVTOVAZ focuses on competition on the world market and it focuses on teamwork, and racing is all about competition and teamwork. If we are successful in WTCC, it will help us to sell road cars to the public!” 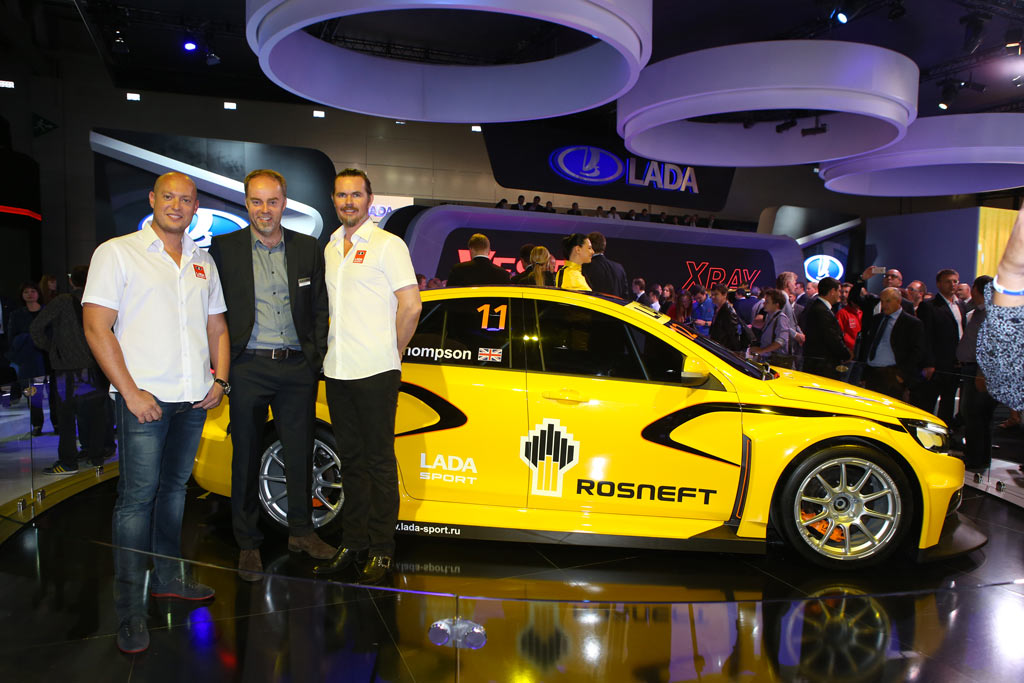 AvtoVAZ chief designer Steve Mattin could not hide his emotions when seeing his latest creation, the LADA Vesta WTCC, unveiled at the Moscow International Motor Show.
Both the Vesta’s WTCC and street versions (a new B-segment car that will go into production in September 2015, some months after the debut of its racing sister in WTCC) represent a key milestone in the marque’s history. “They introduce a new design language that is going to redefine the brand,” stressed Mattin. 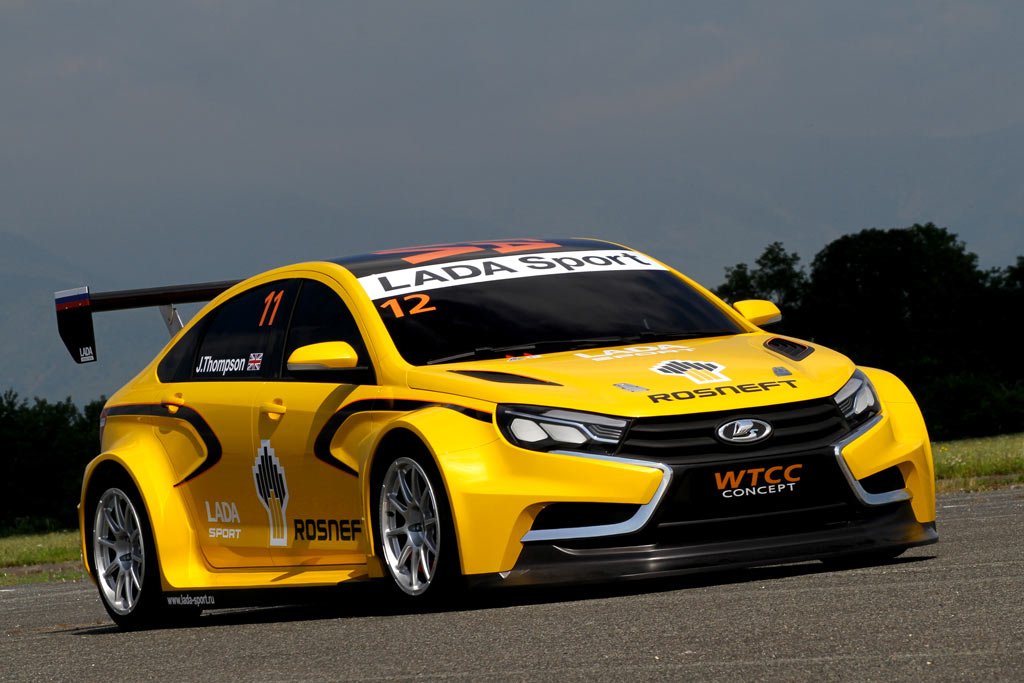 The interaction between the design processes of both cars, for street and racing, was a good example of cross-fertilization. “It was an agile process,” said Mattin, “because everything has been done digitally, with CAD modeling, allowing quick changes. It has been a fantastic opportunity, as normally in big car corporations, the design studio that works on a new model doesn’t work on its racing version that is taken care by other departments or external suppliers. Maybe because we have a different size, here at LADA, the two units are next-door and we could work hand in hand. For a designer like me, it is a very inspirational experience, and you can really feel the adrenalin a racing project brings…”
Mattin, who hadn’t much experience with racing cars in his previous assignments at Mercedes and Volvo, reckoned it was an exciting challenge: “Since the early stages we had to take into consideration the constraints imposed by the WTCC regulations and not only those applying to a normal street car. There has been a constant exchange of information and data with LADA Sport. They provided a lot of information collected with the Granta and we consulted them a lot for deciding on a number of things, like shapes of surfaces. Especially with regard to the front end. As a result, the new Vesta has very good proportions that make it more suitable for racing than the Granta, which suffered from being narrower and with a shorter wheel base. It is an excellent compromise between all the constraints playing a role: racing regulations, styling, feasibility, etc.”
Mattin added: “What we see here at Moscow Motor Show is quite close to the definitive version, we only took little styling liberties. Now we’ll start the implementation phase, in order to optimize everything in a phase that includes wind-tunneling, development and testing. It’s going to be another adrenalin process, as the start of the 2015 season is only six months away, but we are extremely confident.”
And he concluded, while smiling: “We completed the Vesta WTCC at the studio the very day that Rob Huff took LADA’s first WTCC podium finish in Argentina. A coincidence, but we take this as a very good sign…”