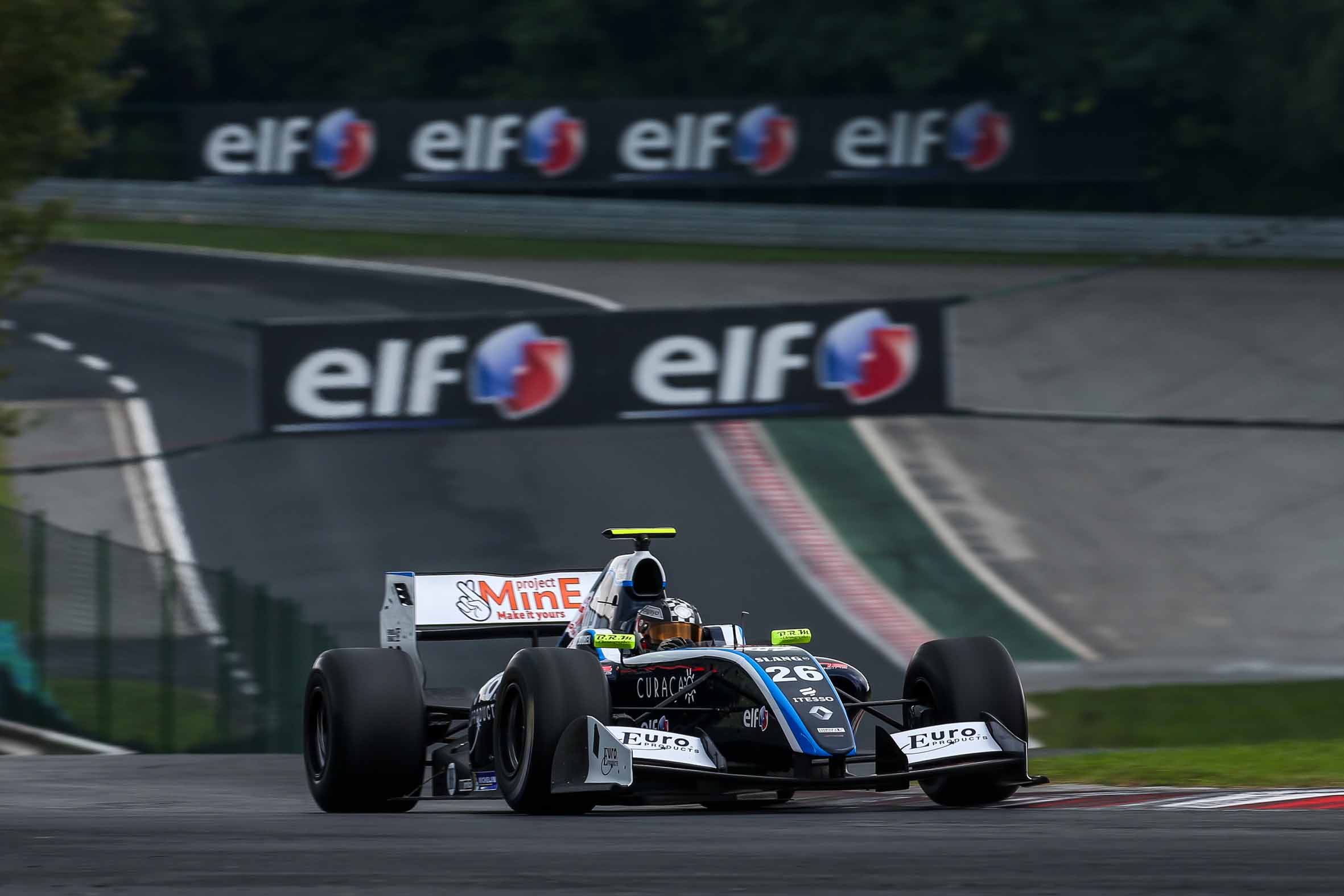 Pons Racing was off to a very positive day at the Hungaroring, in the opening tests for the World Series by Renault weekend in Budapest. The Spanish squad performed well throughout a day that was heavily plagued by variable weather conditions. After a wet start in the AM test, things improved for the PM one, with a dry line appearing and drivers going out on slick tires in the second half of the session.

Colombian Oscar Tunjo was impressive all-day long, ending up with a second and a third place. The 18-year-old from Cali mastered his car in every possible condition and even overcame some brake issues which added up to the atmospheric challenges and the traffic seen in the last few minutes. On the other hand, Dutchman Meindert Van Buuren also performed well despite being sent spinning by a brake problem. Once back to the pits, he set a valuable 12th fastest lap without using new tires and getting some good feedback as the team prepares to keep the pace during the rest of the weekend.

The action will be back underway tomorrow, Saturday September 12th, with the running of Qualifying and Race 1 which is set to take-off at 14:00 local time.

Oscar Tunjo – Testing 1: P2 – Testing 2: P3
“The morning session went well and we got a good feeling with in the wet. Then in the afternoon the conditions changed a lot and there was only a little running with dry tires. It was difficult to put a lap together. We also experienced some brake issues but we ended up third and we look forward to solve the issue and deliver a strong performance tomorrow.”

Meindert Van Buuren – Testing 1: P12 – Testing 2: P12
“The pace is good and we ended up twice in 12th place without using new tires, so I’m confident we’ll be definitely able to get into the top-10. Unfortunately, in the second session we also had a brake issue that triggered a spin. My front wing was damaged, but then I was able to re-start and continue on a good pace. We look forward to see what happens tomorrow. I hope to fight for rookie podiums this weekend.”