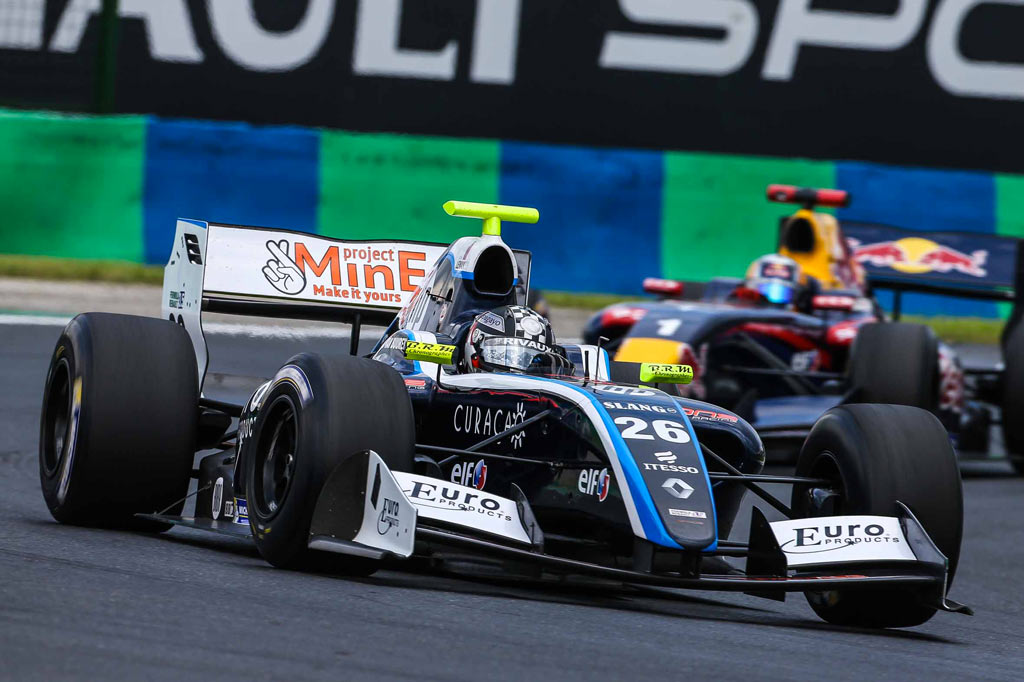 It was a day of ups and downs for Pons Racing at the Hungaroring, as drivers Oscar Tunjo and Meindert van Buuren lined-up for Qualifying 2 and Race 2 of the World Series Renault 3.5 event at the Magyar venue. The 19-year old Dutchman delivered a sensational race, scoring his best finish in the series in 5th place. As the lights came out, he just continued the great job he started with a 6th place in qualy. His pace was quick, consistent and safe as he delivered the Spanish squad with plenty of momentum.

On the other hand Colombian Tunjo, who had rounded out the top-5 in the morning session with another masterful rookie performance, ended his day upside down after he was punted and flipped over at the first corner. The 18-year-old man was admitted to a nearby hospital for precautionary checks but he’s OK and already looking forward to Le Castellet.

While looking to carry on with the good form showed in Budapest, Pons Racing will be back at the modern French venue in two weeks for the penultimate round of the 2014 season.

Meindert van Buuren – Q2: P6 – R2: P5
“It was a great race and my personal best finish in World Series. In the end I was fighting with Rowland for the rookie podium. I didn’t make it but it’s really good anyway. I kept telling that once we fixed qualifying the pace for the race was good and we demonstrated that by fighting among the top teams so I’m definitely looking forward to the next race at Paul Ricard”.