Race A : a French 1-2, with Talbot-Lago and Bugatti ahead of Maserati 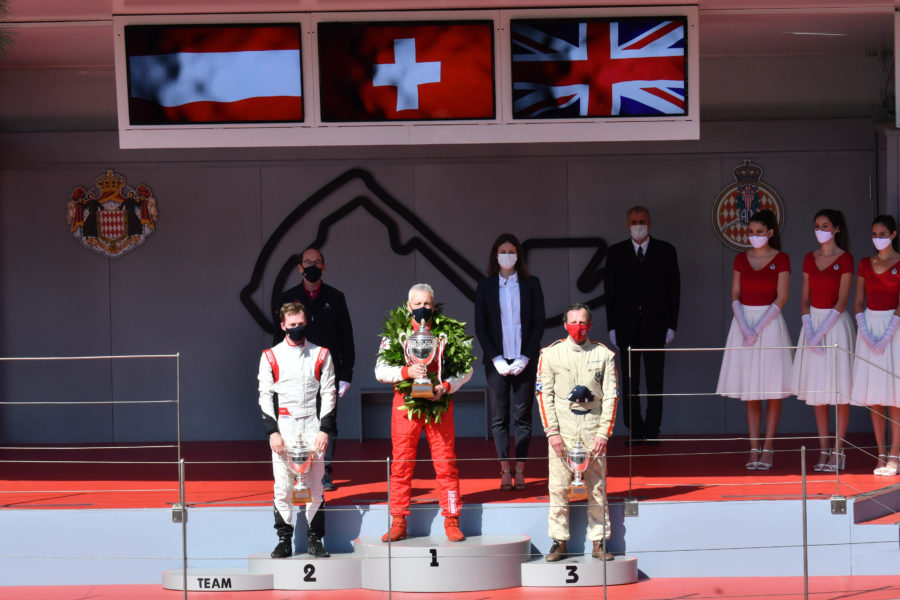 The win in Race A for pre-war cars should have been taken by British driver Patrick Blakeney-Edwards, whose Frazer Nash from 1935 started in pole and lead for more than half of the race. However, a major technical problem forced him to retire and to park safely his superb single-seater. So that the sky blue Talbot-Lago driven by Switzerland’s Christian Traber took the lead and won the race, ahead of two other legendary cars, Austrian Niklas Halusa’s venerable Bugatti 35 B and Scottish driver Ewen Sergison’s Maserati 6 CM. On the podium, the trophies were handed to the happy drivers by Christian Tornatore, the General Commissioner of Automobile Club de Monaco (ACM).
Copyright ACM