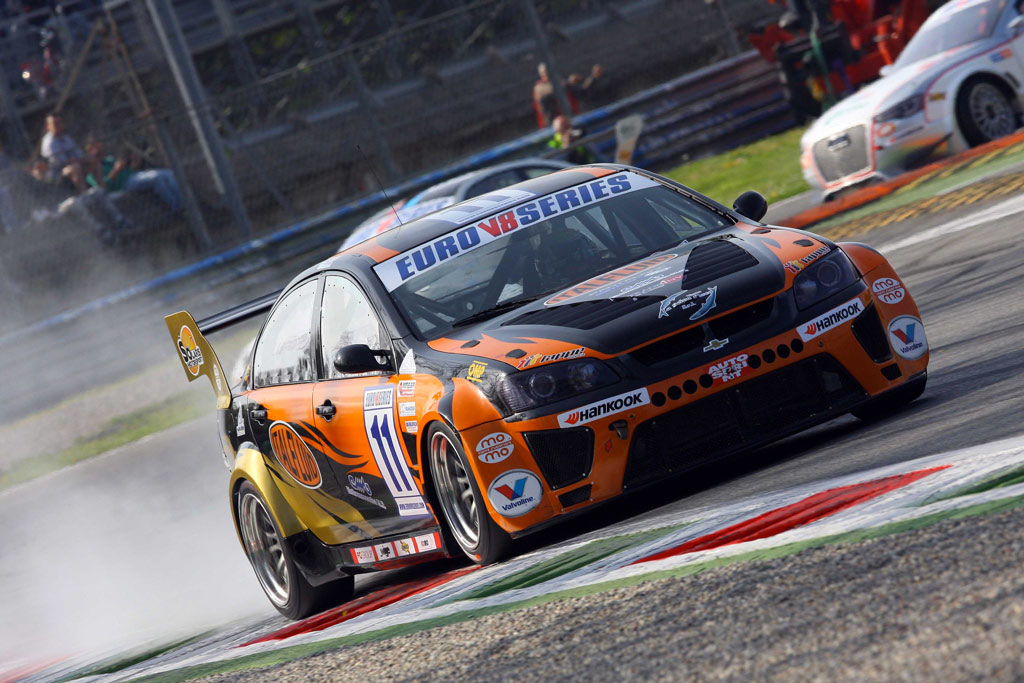 Solaris Motorsport is ready to fight hard at Sachsenring, in the fifth round of the 2014 EUROV8SERIES as the Abruzzo-bases squad will be back with a two-car line-up at the German venue. In addition to the Chevrolet Camaro driven by Francesco Sini, who trails championship leader Nicola Baldan (Mercedes AMG C63 Coupé – R.R.T.) by 17 points in standings, the still very competitive Lumina model will be on-track with Giovanni Berton.

The Veneto-based driver has always been a regular threat for wins in the past, cruisig to victory three times in 2013 with a Team Dinamic-prepared BMW. By keeping his record intact, he might well become a key factor in the title challenge, set for its final showdown on the 6th of October at Hockenheim.

“We know it will be very hard at the Sachsenring – said Sini, who won twice this season between Vallelunga and Brno – we will be carrying 50 kilograms of competition ballast. It’s a pretty heavy load although we will rely on the new dampers that we already tested at Magione with impressive results in terms of traction”. In the meantime, Solaris Motorsport has almost completed their second Chevrolet Camaro, which the team aim to field full-time in 2015.

The penultimate round of 2014 at the Sachsenring will set the tone for an all-German final stint of the season. For the first time, the EUROV8SERIES will be paired with the prestigious ADAC GT Masters championship, and the same pairing will be replicated at Hockenheim for the closing round of the season.

Also, at the Sachsenring and at Hockenheim, the EUROV8SERIES will run a single 35-minute race.