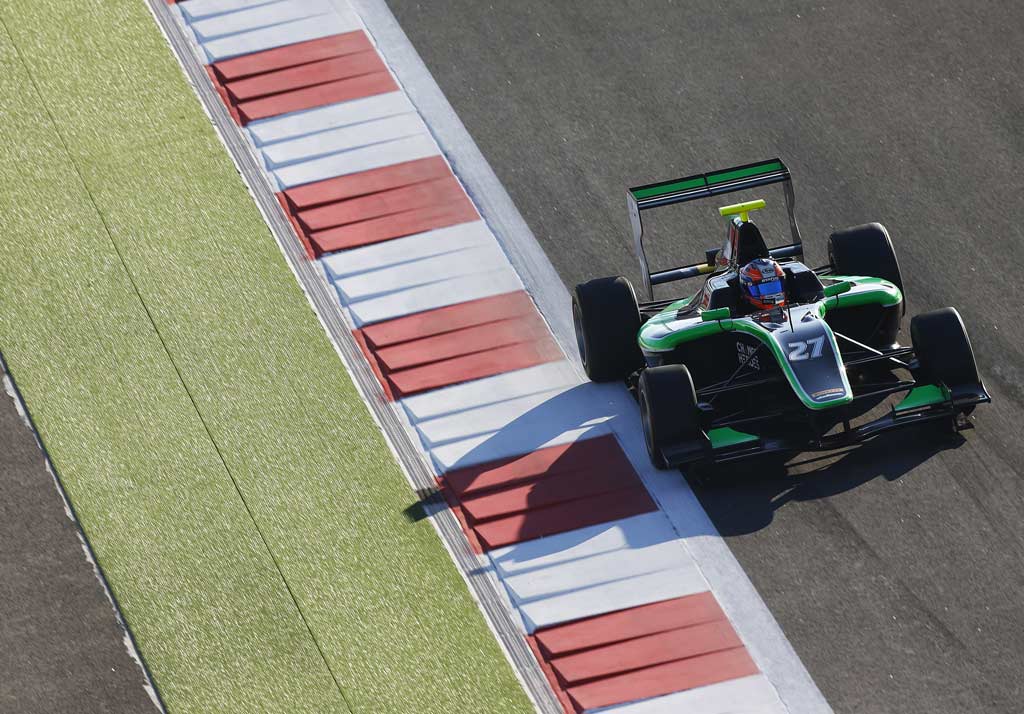 Status Grand Prix’s Richie Stanaway leads the way in opening session in Russia
Kiwi Richie Stanaway posted the fastest lap in the first GP3 session of the inaugural race weekend at the Sochi Autodrom in Russia. New to Koiranen GP, Dean Stoneman finished in second, two tenths off Stanaway with Emil Bernstorff (Carlin) in third.
Arden International’s Robert Visoiu was first to take to the track as GP3 Series made its maiden visit to the eagerly-anticipated Sochi circuit. The session was run in good conditions as the sun beamed down with clear skies.
Patrick Kujala who has switched to the Trident team was first to lap in the 1m54’s before Stanaway went top. Early on Stoneman spun and continued at Turn 5 whilst Jann Mardenborough also span finding the limits in the forty-five minute practice.
Bernstorff shot to P1, and improved again on his personal best minutes later, dipping into the 1m53’s. The drivers returned to the pitlane late on for a fresh set of Pirelli rubber with the times tumbling in the final ten minutes.
Series leader Lynn flew to the top of the timesheet, six tenths ahead of the pack, with Alex Fontana rising to second, just 0.049s off the Brit. Stanaway was on a mission and bettered the opposition to clock the quickest time of the session in a 1:52.876 after lighting sectors one and three in purple. Stoneman also found some extra pace to go second with Bernstorff in third.
At the chequered flag behind Stanaway, Stoneman and Bernstorff were: Dino Zamparelli, Marvin Kirchhöfer, Lynn, Fontana, Nick Yelloly, Jimmy Eriksson and Mathéo Tuscher.
Qualifying takes place at 09.30 am local time tomorrow morning with pressure mounting on all drivers to deliver in their quest for pole position and the vital four bonus points on offer, with the first race following just a few hours later. All is to play for in this penultimate round of the 2014 GP3 Series!
Free Practice – Sochi
il 11 Ottobre 2014   /   GP3