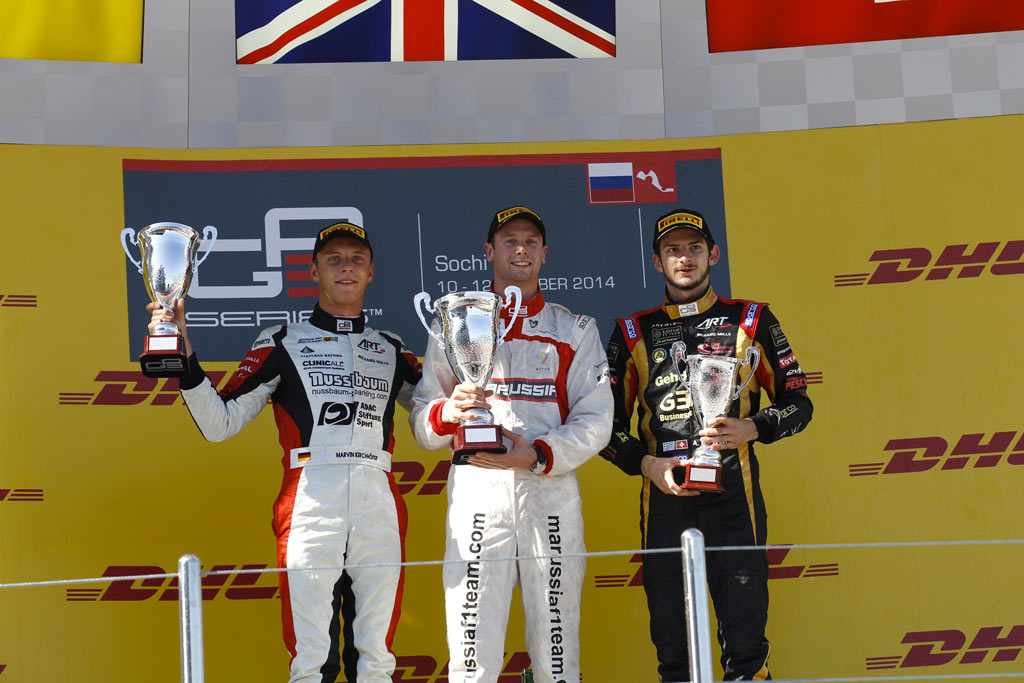 The smile could not have been any bigger for Dean Stoneman – 31 points in the bag after converting a dominant Race 1 win from pole position at the inaugural GP3 race in Russia at the Sochi Autodrom. Stoneman jumps up to third place in the Drivers’ Standings after his impressive points haul. ART Grand Prix’s Marvin Kirchhöfer and Alex Fontana completed the rostrum.

History was made as the word waited with baited breath for the first race in Sochi – GP3 had the pleasure of undertaking the maiden race as the grandstands filled with expectations. Stoneman made a good getaway from the head of the grid whilst Kirchhöfer got the better of his teammate Fontana to sneak into second.

There were several collisions on the opening laps with Dino Zamparelli serving a drive-through penalty after causing a collision with Emil Bernstorff – the Carlin driver was forced to retire. Mitch Gilbert was also issued with the same penalty after contact with Robert Visoiu meant the Romanian had a premature end to Race 1.

Series contender Richie Stanaway had to start from the pitlane after a qualifying infringement but stormed through the pack to eventually finish P12. Series leader Alex Lynn was also a busy man, starting from P7 he was trying with all of his might to carve his way through the field – involved in a titanic fight with the Arden International drivers’ Jann Mardenborough and Patric Niederhauser.

Stoneman built up two second advantage back to Kirchhöfer, with Fontana two seconds further adrift of the German. Jimmy Eriksson held fourth, holding off the strong advances of Kevin Ceccon and eventually a train of cars (Mardenborough, Lynn, Niederhauser and Nick Yelloly) as they battled it out.

Stoneman crossed the line to celebrate his first win for Koiranen GP (the fourth of his GP3 career). The Brit clocked the fastest lap on the penultimate lap to increase his points tally to further top off a superb performance. Kirchhöfer, Fontana, Eriksson, Ceccon, Mardenborough, Lynn, Niederhauser, Yelloly and Pal Varhaug rounded out the top ten positions. Ceccon scored his first points for Jenzer Motorsport this season with his fifth place.

The fight for the title has intensified: Lynn still heads his rivals with a 52 point lead (179) over Eriksson who has moved into second onto (127). Stoneman, Kirchhöfer and Stanaway are on 126, 125 and 123 respectively so tomorrow’s race will be pivotal in deciding who takes the crown.

ART Grand Prix have closed the deficit to Carlin in the Teams’ Standings. The British squad have 296 compared to the French on 261. Status Grand Prix lies in third on 227.

Race 2 will commence at 11.00am local time tomorrow morning with Patric Niederhauser on reverse pole. 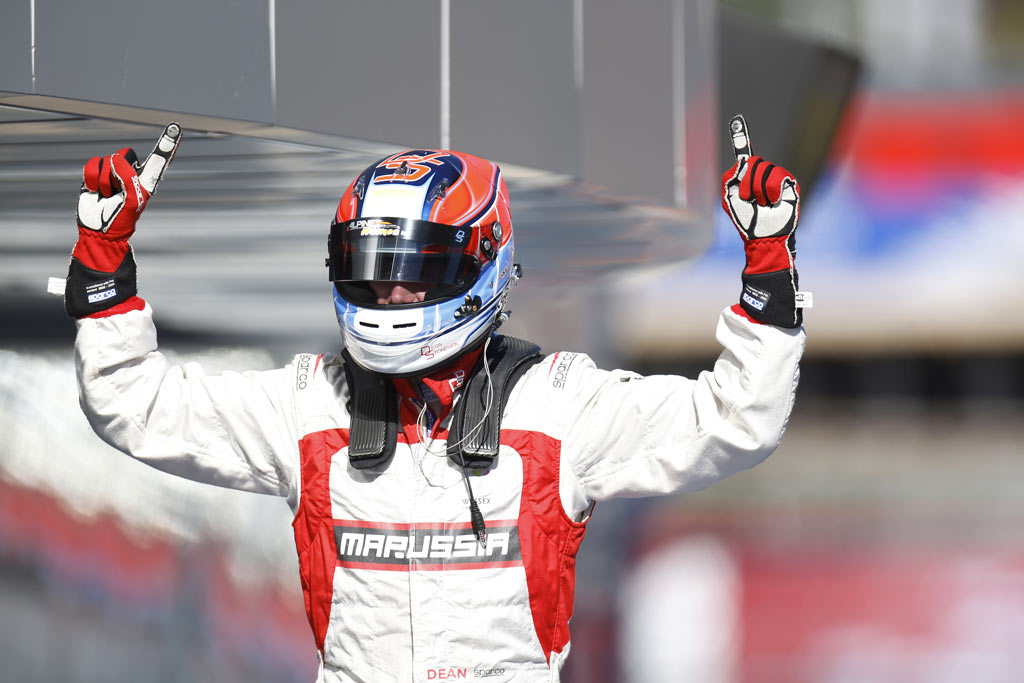