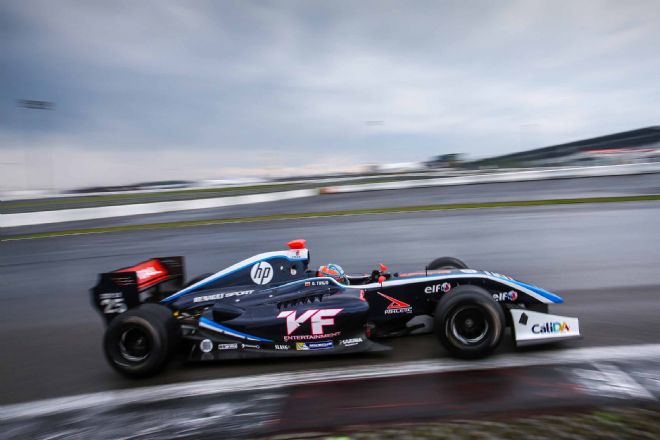 Visoiu joins Pons in Jerez for F.Renault 3.5 testing
Pons Racing is glad to announce that Robert Visoiu will join the team in the F.Renault 3.5 post-season Collective Test that will be held in Jerez right after the final round of the season, scheduled for 18-19 October. The Romanian driver, who is going to turn 18 in a few days (on October 2) already has a solid single-seater experience despite his young age: after starting with F.Abarth in 2011 and immediately clinching excellent results, he passed on to Italian F.3 (2012), Auto GP (2013) and GP3 (2013-2014). Visoiu already tested with Pons Racing at the beginning of the current season, and is now ready to get more track time at the wheel of the 530 bhp F.Renault 3.5 car.