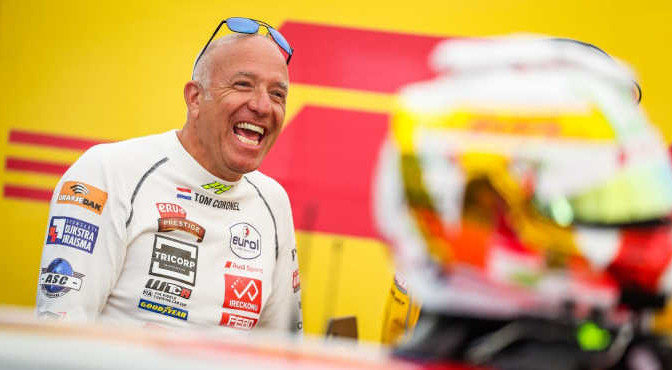 Tom Coronel will be heading to familiar territory when he contests WTCR Race of Saudi Arabia in Jeddah this weekend.

The Red Sea city has formed part of the Dakar cross-country rally route for the past three editions, which Coronel has contested alongside his twin brother Tim.

After hosting the Dakar start in 2020 and 2021, Jeddah was the setting for the finish back in January although the Coronels failed to make it that far.

Running in 16th overall on the opening round of the FIA World Rally-Raid Championship, a back injury sustained by Tim earlier in the event proved too much of a concern for them to continue into the second week and they were forced to take the tough decision to withdraw prior to stage eight.

Despite that setback, Saudi Arabia is a country dear to Tom Coronel’s heart. “I like Saudi Arabia a lot,” the 50-year-old Dutch legend said. “There’s a really good atmosphere with a lot of investment and enthusiasm for motorsport, not only for WTCR but Formula One, Formula E and, of course, the Dakar. The first time we were there in 2020 people were asking ‘what is the Dakar?’. But now they know, and the people are waiting for us to come back.”

Coronel continued: “The scenery in Saudi Arabia is so beautiful and I’ve been to so many beautiful places in the country that you cannot imagine. Jeddah is also a really nice city, especially at night when it comes to life because it’s too hot during the day. And it’s a really good location for the final WTCR event − a night race on the Jeddah Corniche Circuit really makes me say ‘wow’. With the lights and all the colours, it’s going to be extra exciting and different to what we are used to.”

While Coronel is already preparing for January’s Dakar, the deciding rounds of the 2022 WTCR − FIA World Touring Car Cup will require his immediate focus as he looks to finish runner-up in the WTCR Trophy for independent racers. And he starts the event on the back of a WTCR Trophy win double at Bahrain International Circuit earlier this month where he twice finished sixth overall in his Comtoyou DHL Team Audi Sport-run, Goodyear-equipped Audi RS 3 LMS.

“Bahrain was a good weekend, my moment of fame,” Coronel said. “I worked very well with my engineer to find the right set-up, which we clearly managed to do. Especially the average race pace was very good, I was easily in the top three with that. That was good to know. Too bad that a top three result overall was beyond reach, but that is something we have to achieve in Jeddah.”

Providing he leaves the starting line in both races at WTCR Race of Saudi Arabia on Sunday evening, Coronel will bring his WTCR start total to 107. He’s currently tied on the record number of WTCR starts with both he and Esteban Guerrieri having made 105 WTCR getaways to date.