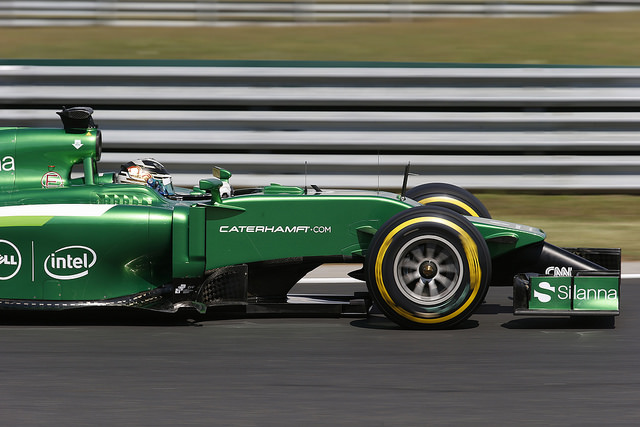 Leafield Technical Centre, UK – 19 August 2014
Caterham F1 Team is pleased to announce that it has appointed Sean Walkinshaw Racing, a team which currently races in the BRDC Formula 4 Championship, as its driver development team in this category. This union confirms Caterham F1 Team’s support to the next generation of motor racing talent, offering young drivers a synergy to a Formula 1 team from a young age.
With the BRDC Formula 4 Championship becoming a strong series for those moving to single-seater racing, this long-term cooperation between the two teams will become a perfect platform for young drivers to develop and showcase their talent with Caterham F1 Team keeping a close eye.
The SWR – Caterham F1 Driver Development Programme Team will compete in the BRDC F4 championship with an outstanding 24-race calendar that includes Silverstone, Brands Hatch, Donnington, Snetterton and Oulton Park.
Christijan Albers, Team Principal, Caterham F1 Team: “A junior formula like BRDC F4 is the perfect scenario to start a racing career and we are very happy with this collaboration with Sean Walkinshaw Racing. If the talent is there, it should be supported and with the SWR – CaterhamF1 Driver Development Programme we are assuring this happens, as well as confirming Caterham F1 Team’s interest for young drivers and offering them a development programme from the very start of their careers. We will be watching the drivers of tomorrow closely.”
Sean Walkinshaw, Team Principal, Sean Walkinshaw Racing: “I am delighted we have agreed this partnership with the Caterham F1 Team, it’s an amazing opportunity for SWR and our drivers and really does cement the team’s position in junior single-seater racing.
“The last couple of years have been quite a whirlwind, there was a lot of hard work behind the scenes before we established SWR and in our first season in BRDC Formula 4 we became race winners and championship front-runners. The start of single-seater racing is always an important step in a driver’s career and with this partnership we now connect directly with a Formula 1 team – I can’t think of a better situation for drivers to showcase their talent!”
“Becoming the Caterham F1 Young Driver Development team is huge for SWR, it’s incredibly prestigious and a real recognition of what we’ve achieved up to now. The link with Leafield is something very special too for me personally, it was obviously the HQ for TWR and holds many special memories for the Walkinshaw family.”