Formula E – The speed was there but no results for e.dams Renault 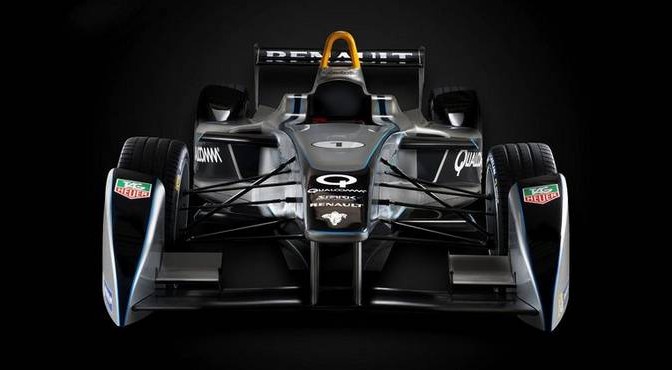 Formula E – The speed was there but no results for e.dams Renault
The final corner turned into a nightmare for the e.dams Renault team. Nicolas Prost on pole had led the race from the moment the lights went out, and he was deprived of victory in the inaugural race in the Formula E Championship just a few metres from the finishing line following a spectacular collision with Nick Heidfeld. It was a very disappointing conclusion to a day during which the e.dams Renault driver had dominated both qualifying and the race. On the other hand, his team-mate Sébastien Buemi, who was hit by a raft of problems, did not see the chequered flag due to gearbox failure.The day didn’t get off to the best of starts. Buemi had a couple of minor offs in both free practice sessions. However, the team was able to repair his car in time for qualifying, but as the gearbox broke on one of his two machines the Swiss knew that he would be able to do only half the race. Nonetheless, he qualified in ninth place. Fortunately, for e.dams Renault Nicolas Prost s howed both his talent and the speed of the car by clinching a brilliant pole position.

The Frenchman made a great start and fended off the attacks of the Audi-Abt drivers who were in hot pursuit until it was time to change cars. The team did a brilliant job as Prost rejoined with a 3-second lead, which he then controlled in an intelligent manner until the final corner when a rash move by Nick Heidfeld and Nicolas’s defensive manoeuvre led to the elimination of both cars in a spectacular shunt – luckily without injury to either.

Alain Prost, Team Principal:« Despite a disappointed final for all of us, the positives points of this first race are the perfect functioning of the powertrain developed with the help of Renault Sport and a successful organisation which makes us very optimistic for the future ».

Jean-Paul Driot, Team Principal:« A first weekend full of positive and negative emotions making the charms of motor racing. Despite the setbacks faced by Sebastien Buemi, the team reacted perfectly with Nicolas Prost and got a historical pole, the first avec with a single seat car 100% electriccar. A huge disappointment for all of us when we lost out on victory on the very last bend but with only materials damages, the race remains the race! ».

Nicolas Prost:« I’m happy that Nick didn’t hurt himself in the accident, we are friends, we talked about it together and there’s no trouble between us. I didn’t expect an attack at this place, I didn’t see him and when we were side by side, our cars touched each other. It was a racing incident between two drivers who both wanted to win. It’s clear that it wasn’t my intention to hit him. At the end that spoilt what had been a fantastic day up till then. It’s also very hard on the team who did a great job, in particular during the car change. The positive thing is that we’ve confirmed our level of performance and that’s very encouraging for the coming races ».

Sébastien Buemi:« I’m leaving the first round feeling very frustrated and disappointed. There are weekends like that when everything goes wrong. I made a small error in the first free practice session, and then another one in the second and the gearbox failed. The first car went well and I held the fastest lap for a long time until Sato went quicker at the end of the race. It can only get better next time out! ».

Next round : November 22, Putrajaya (Malaysia)