EUROV8SERIES BACK ON-TRACK AT SACHSENRING 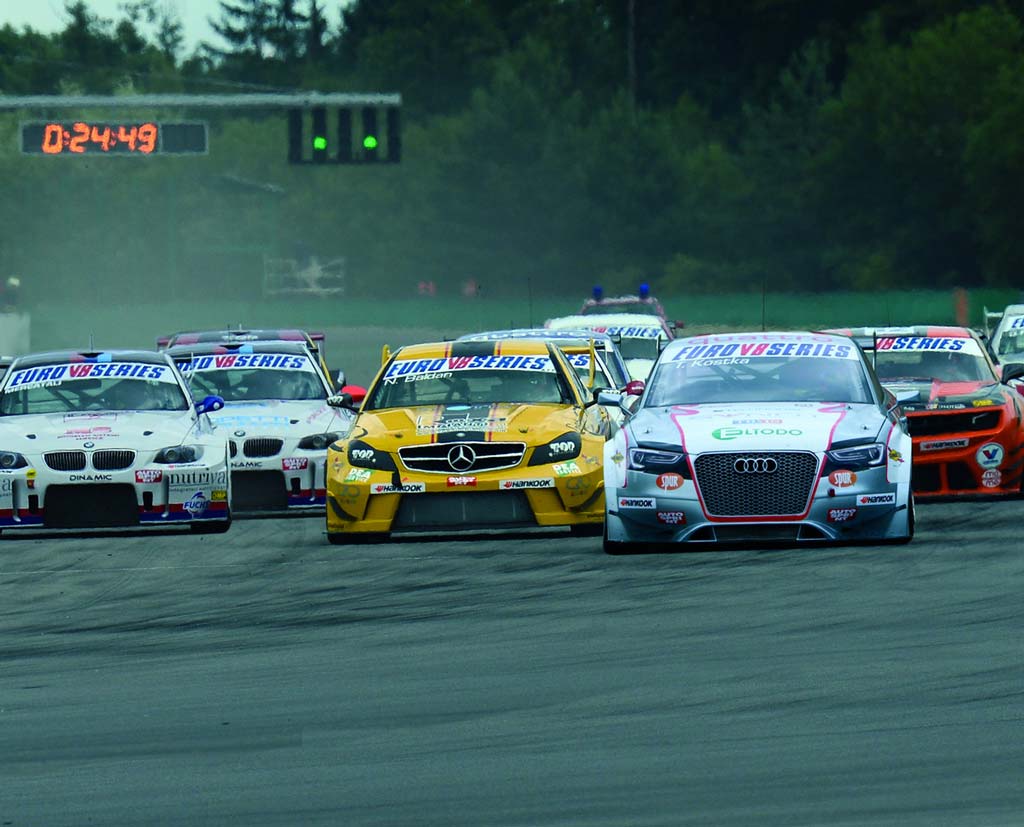 EUROV8SERIES BACK ON-TRACK AT SACHSENRING
MERCEDES, CHEVROLET, AUDI TO CHALLENGE FOR TITLE IN GERMANY

After a long summer break, the EUROV8SERIES is about to go back on-track this weekend (September 20th and 21st) at Sachsenring. The German venue will be hosting a single race in the penultimate round of the 2014 series, capping in a spectacular fashion three 30-minute sessions, two of free practice and one of qualifying.

Considering that the following event will be the last of the season at Hockenheim, Germany is set to be a perfect stage for a final showdown involving several car brands. The home hero will be the Mercedes C63 AMG Coupé of Nicola Baldan, leading the championship for Team R.R.T., and the saloon model driven by owner and driver Nico Caldarola. The experienced Baldan is set to face strong opposition mainly consisting of Francesco Sini and his Chevrolet Camaro. The American muscle car, developed in-house by Solaris Motorsports, has showed so far to have all what it takes to take on the title fight. Solaris Motorsport will also welcome a returning star for the series, Giovanni Berton, who will drive a Chevrolet Lumina after ending the 2013 season as a runner-up behind Gianni Morbidelli.

Audi Sport Italia is obviously set to be another main character. The German-powered squad will rely on Czech racer Tomas Kostka, who has 113 points and is still 100% in the game. Two more RS5 racecars will be driven by Emanuele Zonzini, who’s eager for a revenge after his ill-fated debut at Brno, and experienced Ermanno Dionisio.

The BMW racecars prepared by Team Dinamic will be once again a common sightseeing as the Italian squad will line-up Tuscany’s Max Mugelli alongside new hire Francesca Linossi. The Italian female racer, who already impressed in the past, will make her comeback aboard an M3 coupé model. Also largely relying on the Bavarian machinery will be the whole Giacon family with Domiziano Giacon partnered on a BMW M3 by his son Jonathan, while his other son Kevin will be driving an Audi RS4. A second RS4 will be fielded by Team Tecnodom for Silvano Bronzoni.

The engines will start early in Germany. Teams and drivers will be running on Saturday at 8:00 AM for the first session of free practice, while Qualifying will follow at 18:20 in the evening. A warm-up session will follow on Sunday morning at 9:25 and will be a new occurrence for the series. Then, the brand-new single race will ignite the warm German crowds at 14:05.