The Blancpain Endurance Series titles: a clear objective for the Belgian Audi Club Team WRT at the Nürburgring 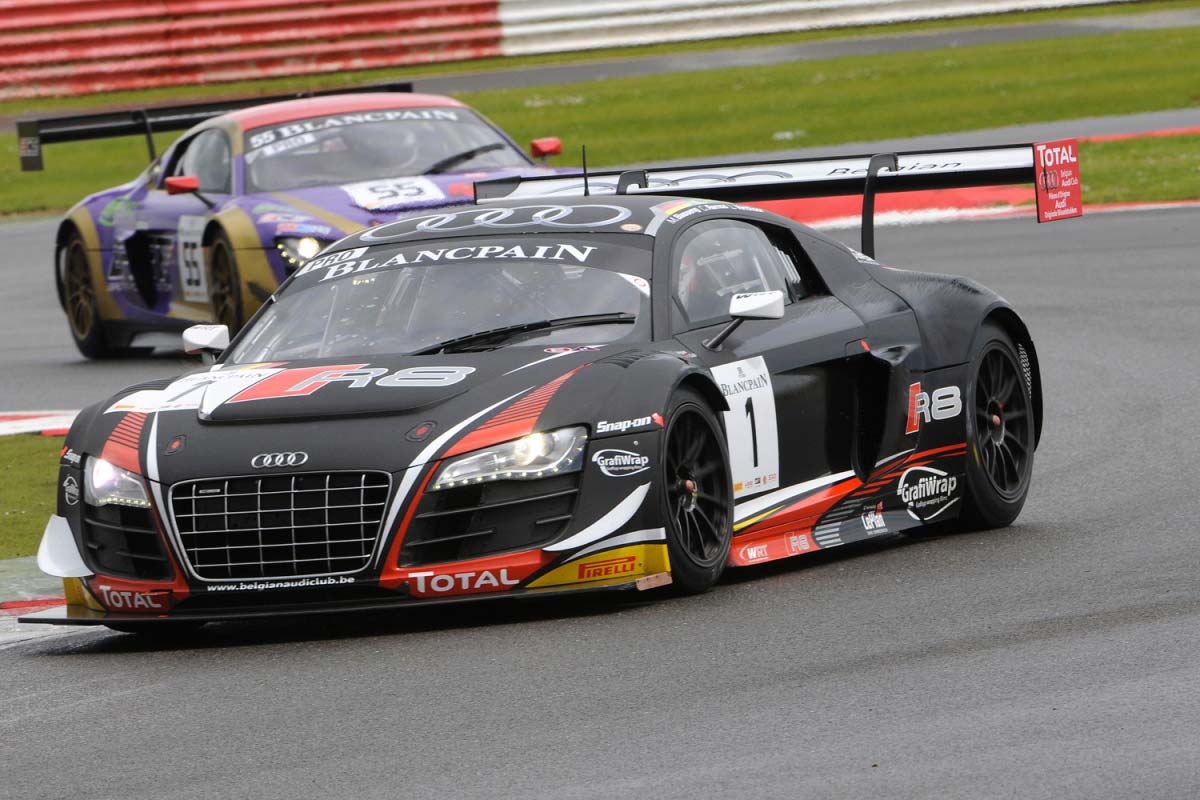 The Blancpain Endurance Series titles: a clear objective for the Belgian Audi Club Team WRT at the Nürburgring
The Blancpain Endurance Series 2014 comes to an end this weekend with the fifth and last event of the season, to be held at the Nürburgring. A ‘heavy-weight’ name in terms of prestige and history that seems perfect for a grand finale. This will be even more so as the German rendez-vous will be raced on a 1000-km format, as last year. Following the fantastic success at the Total 24 Hours of Spa-Francorchamps, the Belgian Audi Club Team WRT is leading in both championships’ standings, Drivers and Teams. The objective therefore is clear: to go for both titles (Laurens Vanthoor is this time the man that can aspire to Drivers’ honors) and regain the double crown that the squad had already conquered in 2011 and 2012 in this series. The team has prepared thoroughly this crucial event and will enter three Audis R8 LMS ultra, with slightly reshuffled line-ups. This race will also see the debut with the team, on the third car, of Stéphane Richelmi, the young and fast Monegasque driver who will also compete in the last two rounds of the Blancpain Sprint Series later this year.

The driver line-ups for the i-Racing Nürburgring 1000 (this is the official name of the event) will be composed of Laurens Vanthoor-César Ramos-Christopher Mies on car #1 and Frank Stippler-Marc Basseng-James Nash on car #3, with car #4 entrusted to Jean-Luc Blanchemain-Christian Kelders-Stéphane Richelmi.

“It’s going to be a special event”, underlines Team Principal Vincent Vosse, “because of its format, which makes of it a real endurance race similar to great competitions of the past, the different points scale and, most of all, because it is going to be decisive for both titles. We are leading in the standings, but the gaps are narrow: 11 points in the Teams’ rankings and 7 in the Drivers’. Therefore, things are far from being decided or easy. We will really go for the titles and fight for bringing home another double crown. We have prepared very carefully this race, and this explains also the strategic decision to reshuffle slightly our driver line-ups, as race tactics may play a role in a race like this. I also want to point out the debut of Stéphane Richelmi, a young and talented driver coming from top single-seater formulae. He will be with us in the last two rounds of the Blancpain Sprint Series, but will have an opportunity to do some good mileage here. I believe strongly in giving a chance to young guns and I am happy that we are able to do so at the Belgian Audi Club Team WRT, as seen throughout the season.”

After clinching last July the 24 Hours of Spa-Francorchamps, the most-coveted trophy for any GT driver, Laurens Vanthoor is now aiming at the Blancpain Endurance title, which would very nicely stand in the shelve beside the Sprint cup conquered last year. Vanthoor leads by 7 points the Saintéloc Audi trio, composed of Ortelli-Sandström-Guilvert, … certainly three not unknown faces at WRT! As always, the Limburger remains cool in front of the challenge ahead: “Spa was definitely the highlight of the season, and is the kind of highlight that any driver wants in his career, but I really want to bring home this title too”, he explains. “The Endurance title would complement well the Sprint one won last year. It would prove I can do well in endurance races too. Of course, sprint races are the quintessence of performance for a driver, but doing well in long-distance races is also an achievement, as it probably requires a wider set of skills. We have proven fast in the Sprint series this year, but we haven’t been very lucky, so we are really determined to bring home the two Endurance titles. This said, anything can happen in a 6-hour race, so we will have to be able to master all the variables and not do any mistake. The Ring, which I know very well since my days in the German F.3 and which I like a lot, seems to me the ideal ground for a decisive round!”

In car #3, James Nash will team up with two local heroes that know the Ring inside-out, Marc Basseng and Frank Stippler. “Well, in truth, I am mostly a specialist of the old Nordschleife, which only uses a portion of the GP track”, underlines Stippler, “but yes, I know the Ring and this is going to be home event for me. It’s quite nice to finish the Blancpain Endurance here and with such a nice event. Our #3 car had an ‘in crescendo’ season: I think we did a good job in developing the car and improving results up to the podium at Spa. We hope to continue the trend and finish on a high, but for sure, the priority is to secure the Teams’ title. Hopefully, Laurens will put on some pretty things, as he usually does, and will grab the Drivers’ title, but if he needs help, we’ll be behind him…”

The third Audi R8 LMS ultra of the team, usually entered in the Gentlemen’s Trophy, has been up-graded to the Pro-Am category (like in Spa) by virtue of accommodating a top driver alongside Jean-Luc Blanchemain and Christian Kelders. This time, it will be Stéphane Richelmi, the 24-year-old Monegasque driver that stars in GP-2 and will make his debut with the Belgian Audi Club Team WRT ahead of his two scheduled outings in the Blancpain Sprint Series at Zolder and Baku later this Autumn. “I have not a huge experience with GT cars”, admits the team’s rookie, “but I am determined to learn and grow quickly. I am just off the simulator, which has been very useful to understand a number of differences between single-seaters and GTs. I really look forward to being at the Ring and work with such a great team as WRT. GT racing is for me a new challenge and a very interesting possible option for the future.” Richelmi’s only past race outing in GT was in 2009, with a Corvette GT1 of a …Belgian squad, Selleslaghs Racing Team, in a round of the French GT series at the Paul Ricard. The result, as he recalls, was not bad at all: “Together with my team mate, Eric Cayrolle, we were leading Race 1 when we were thrown out of the track three corners from the end, but we took our revenge in Race 2, which we won.”

The iRacing Nürburgring 1000 will follow the usual format, with practice and qualifying on Saturday, and the race will start on Sunday at 11:45 on the distance of 1000 kms or 6 hours maximum, should the distance not be fully covered.

What changes, as said, is that the different race format will entail a different points scale, increased roughly by 30% for the top positions. The first ten positions in each category will be awarded respectively 33, 24, 19, 15, 12, 9, 6, 4, 2 and1 points. 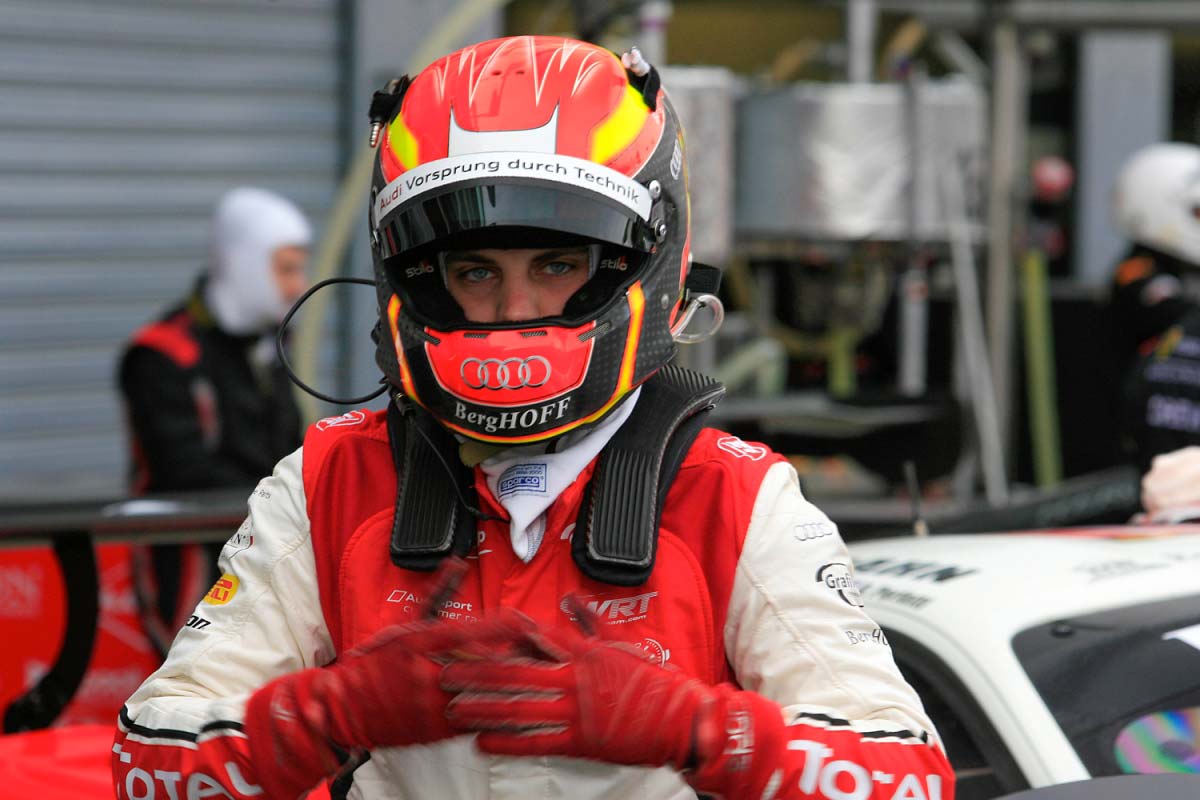 Drivers’ provisional standings after Round 4 of 5 (Pro Cup):

Teams’ provisional standings after Round 4 of 5 (Pro Cup):