Palmer leads the way at Sochi 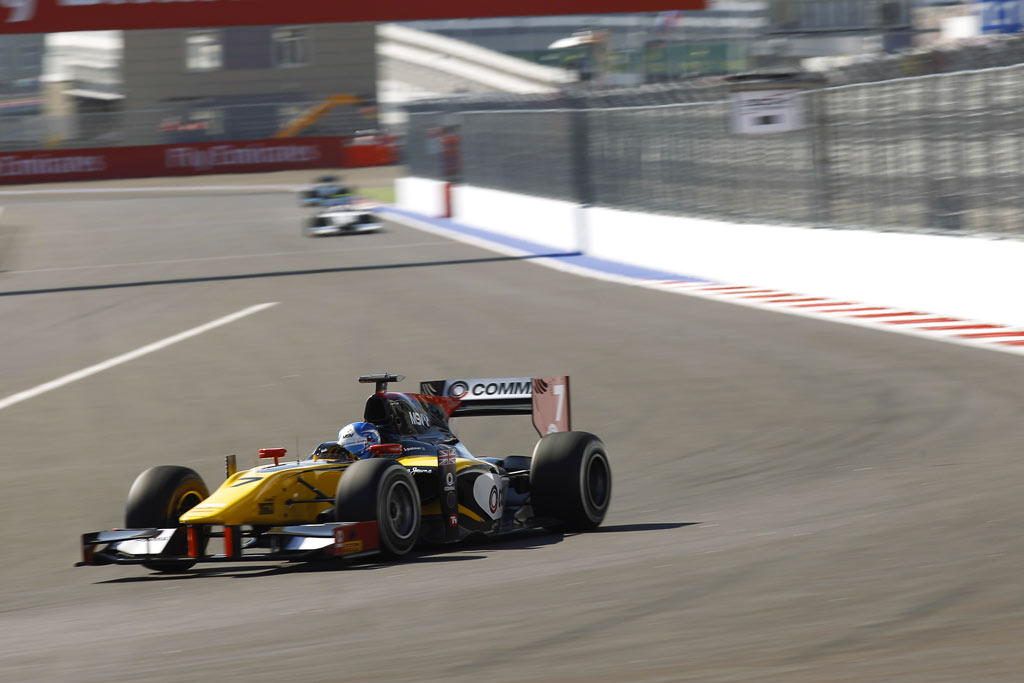 Palmer leads the way at Sochi

Series leader quickest in free practice
GP2 Series leader Jolyon Palmer had the perfect start to his weekend setting the best laptime of the free practice session at the Sochi Autodrom in a 1:46.083 – half a second quicker than closest rival Arthur Pic. André Negrao finished third.
The session opened in perfect conditions as the drivers fed onto the Russian track for the very first time on Medium Pirelli tyres. Palmer was quick to set the pace dominating the rest of the pack. Stoffel Vandoorne was the first driver to challenge the Brit, setting up a laptime two tenths slower than Palmer. Fifteen minutes into the session, the DAMS racer went on a flyer and extended the gap to Vandoorne by seven tenths whilst Pic moved up to third.
Vandoorne was then on a mission: mid-session, he found some clean air to dip under 1m47 and claimed the top spot. Pic and Felipe Nasr also improved to take P2 and P3 respectively. All the drivers re-joined the pits and when the action picked up again, Mitch Evans edged Pic out of P2 with a laptime just four hundredths slower than Vandoorne’s.
In the final minutes, Pic went quickest, but Palmer stole the Frenchman’s thunder with one minute left on the clock and reclaimed the top spot. At the chequered flag, Negrao found some extra pace to move up to third ahead of Vandoorne, Evans, Kimiya Sato, Johnny Cecotto, Nathanaël Berthon, Felipe Nasr and Tio Ellinas.
With all the drivers now more familiar with the Russian circuit, today’s qualifying session should deliver a great battle.
Sochi – Free Practice
il 11 Ottobre 2014   /   GP2