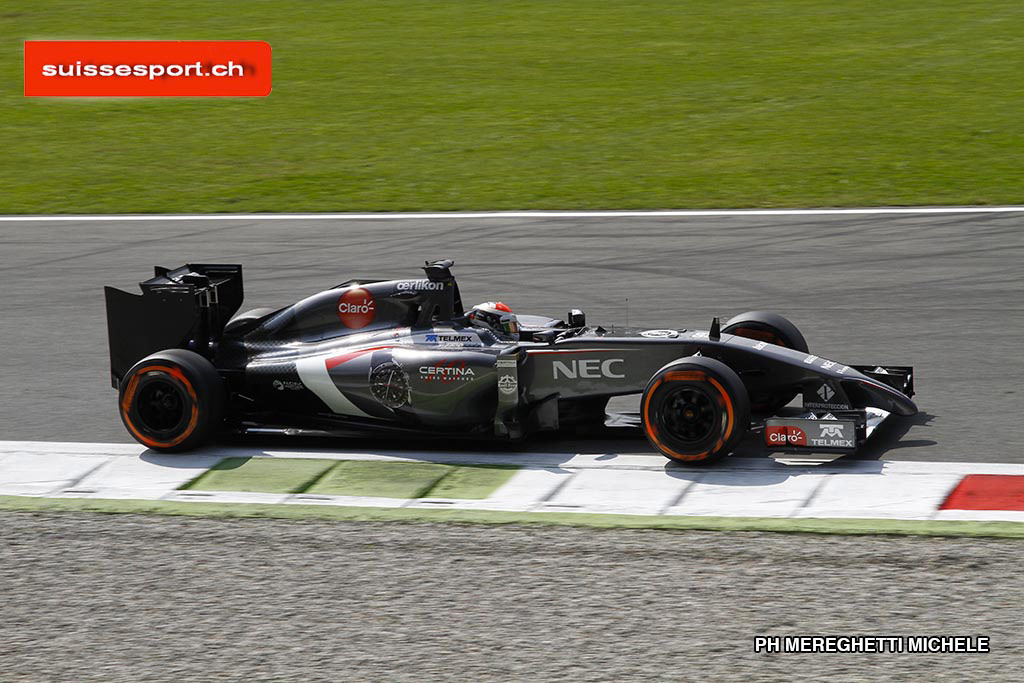 The Italian Grand Prix on the highspeed track in Monza became, as expected, a difficult race for the Sauber F1 Team. Adrian Sutil finished the 13th round of the FIA Formula One World Championship in 15th. After having made contact with another competitor, Esteban Gutiérrez had to come in for an unexpected pit stop due to a flat tyre. Due to a penalty that was imposed by the stewards after the race, he was relegated from 19th to 20th.

Esteban Gutiérrez (car number 21):
Sauber C33-Ferrari (Chassis 01/Ferrari)
Start on hard tyres, after 9, 36, and 49 laps change to medium tyres
“It was a really tough race. From the beginning on I struggled to get the hard tyres to work. We changed the strategy immediately, and I think that was a good decision. Back on track I was able to overtake a few cars, but that was it. We lost a lot of time with the incident I had towards the end of the race. Now, I need to look forward and concentrate on the next races.”

Adrian Sutil (car number 99):
Sauber C33-Ferrari (Chassis 03/Ferrari)
Start on hard tyres, after 24 laps change to medium tyres
“It was not a spectacular race for me. We were easily able to finish the race with a one stop strategy. Generally we were too slow today, that is why I could not finish better than 15th. The team worked well and we did not make any mistakes. We still have to continue working on the car in order to improve our performance. It was not an easy race, but we finished it without any incidents.”

Monisha Kaltenborn, Team Principal:
“It was a difficult weekend that ended as we expected it would. Under the circumstances the team worked well, even though we have some room for improvement with the consistency of the pit stops. Adrian extracted from the car what was possible today. The contact which Esteban had with a competitor was unnecessary. The tracks which are now coming up are less dependent on power, therefore, we hope we can come back to the level of performance we had in Hungary.”

Giampaolo Dall’Ara, Head of Track Engineering:
“From the beginning it was clear that under normal circumstances it would be extremely difficult to make up positions. We, therefore, decided to choose a tyre strategy which was meant to give us an advantage if some unexpected things happened. However, in the end this didn’t pay off. Esteban struggled to get the hard tyres to work, therefore, we switched to a two-stop strategy. But in the race we were simply not fast enough. It looks as if we are stronger in qualifying, but then are losing ground to our competitors with our race settings. The tracks that are now coming up need less power, which should help us.”